Cobain, Joplin, Morrison, Hendrix: Who had a will? Will you? – Press-Enterprise


If you had plenty of money and “people” to get things done for you, one would think you would have handled life’s important matters like getting a will or trust in place.

You would take care of your loved ones, your “people” and all that stuff you bought with all that money, right?

Alas, that is not always the case. Perhaps money and fame can make a person feel immortal. Or perhaps, sometimes, the rich and famous can be warnings to us all.

They died without a will

Howard Hughes died a billionaire without a surviving spouse or children and without a will.  It’s no surprise then that over 400 people made claims to his estate. Eventually, his estate was settled through probate court and went to 22 cousins of varying degrees.

By the time the last asset, a $230 million settlement, was paid out over 30 years after his death, there were more than 1,000 beneficiaries. Given his reclusiveness and past charitable interests, it’s unlikely this is what he would have wanted.

Shockingly, Abraham Lincoln, a lawyer himself, died without a will. His estate (estimated at $1.2 million in today’s dollars) was divided according to intestate laws among his wife and two surviving sons, one of whom later died at age 18.

Sonny Bono, married four times with four kids from three wives, also died with no will. His surviving spouse (mother of two of his children) petitioned to be the administrator of his estate. His most famous ex-wife, Cher (mother of one of his children), filed a claim against the estate, and an alleged “love child” surfaced making a claim (later determined to be false).

While the lessons here might be “don’t complicate your life with multiple marriages,” the easier lesson is to make sure you have a will (and often a trust) in place that deals with your personal circumstances. Otherwise, state law will make decisions for you — and you likely wouldn’t like those decisions.

Never too young to plan

There is a cultural phenomenon known as “The 27 Club” which is, in essence, a list of celebrities — rock stars, mostly — who died at age 27. That list includes Jimi Hendrix, Janis Joplin, Jim Morrison, Kurt Cobain and Amy Winehouse. Of those, only Morrison and Joplin had a will in place, and only Joplin’s estate passed (to her parents and siblings) with no protracted court battle.

Hendrix’s estate battle lasted more than 30 years. Morrison’s estate had claims filed by numerous women claiming he had fathered their children. Amy Winehouse’s estate went to her parents, with her father — with whom she may have had a contentious relationship, depending on whom you believe — in charge.

Kurt Cobain’s estate, worth an estimated $450 million, was split between his wife, rocker Courtney Love, and his daughter, with his daughter coming into one-third of his fortune when she turned 18 years old.

The lesson here is that you are never too young to plan your estate your way. (And if you’re a rock star, take it easy the year after your 27th birthday.)

Who got it right?

Some famous people did get it right, though. And we can learn from them, too.

Whitney Houston, who died tragically at age 48, had a will and trust in place to take care of her daughter, Bobbi. Her entire estate (estimated to be worth $20 million at the time of her death) was left in a trust for Bobbi, with a distribution of one-tenth when Bobbi turned 21, one-sixth at age 25, and the rest at age 30.

Fortunately, the trust also had provisions in the event Bobbi did not survive to receive the entire trust. When Bobbi died at age 21, the trust assets were split between Whitney’s parents, her brothers, and her husband, Bobby Brown. The trust had anticipated the unthinkable.

John F. Kennedy, Jr. died at age 38 in a plane crash. His wife died with him, and he left no children. His estate was worth an estimated $12 million at the time of his death ($100 million in today’s dollars). His trust anticipated this possibility and named his sister’s children as his heirs, leaving his assets to them in trust.

You may not be a rock star, and you may not think your estate is large enough for anyone to fight over. But to your family and friends, you are a rock star. I’ve seen families fight over a tea kettle (I wish I was joking).

So take a cue from the rich and famous, and take care of yourself and your family by getting your estate in order. You’ll be famous in your family.

Teresa J. Rhyne is an attorney practicing in estate planning and trust administration in Riverside and Paso Robles, CA. She is also the #1 New York Times bestselling author of “The Dog Lived (and So Will I)” and “Poppy in The Wild.”  You can reach her at Teresa@trlawgroup.net 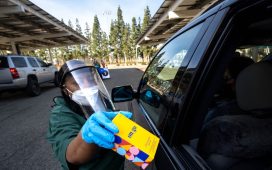 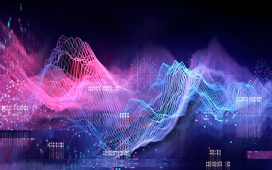 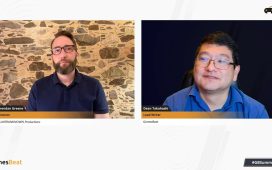 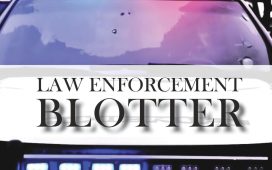