Even with everything that’s going on with the worldwide health and economic crisis of 2020, this year has still brought the crypto community other major events. One of them was the deal that closed on March 31st and made CoinMarketCap’s acquisition by Binance official. The undisclosed price of this purchase was rumored to be as much as $400 million. The crypto community was caught off-guard by the big crypto news, with many left wondering what exactly happened. Binance, one of the largest crypto exchanges, has dominated the space for the past several years, and now it will take control over the most referenced price-tracking source in the crypto industry. CoinMarketCap is also widely used for its exchange ranking metrics and often is the first source for beginners to cryptocurrency trading. Because of these factors, the announcement has raised conflict of interest concerns and questions regarding CMC’s objectivity moving forward.

According to the founder of CoinMarketCap, Brandon Chez, he started the website while living in Long Island City, Queens back in 2013. He was enamored with cryptocurrencies but found himself frustrated that there was no way to measure the value of altcoins against the value of Bitcoin. Brandon decided that the best way to measure cryptocurrencies and present them comparatively would be via a market capitalization of equities metric, commonly referred to as “market cap.” He used his engineering skills to design a simple interface and collect the data on coins presented in his table. For four years, he worked on the website alone. Later on, around  2017, his team started growing rapidly along with the expanding crypto ecosystem. Brandon Chez kept his persona away from the public eye, only really opening up a little in an interview for the CoinMarketCap blog. Committed to neutrality, he turned down a number of investors with the goal of preserving the integrity of the site and avoiding outside pressure. By 2020, CoinMarketCap claimed, quite legitimately, to be “the most referenced and trusted source for comparing thousands of crypto entities in the rapidly growing cryptocurrency space by users, institutions, and media.” User feedback was always accepted and the team continued to work on improving the accuracy of their metrics. Its mission was presenting people with “accurate, timely and unbiased information, enabling each user to draw their own informed conclusions from the data.”

Around the time when the CoinMarketCap story was just taking shape, future founder of Binance, Changpeng “CZ” Zhao, was living in Shanghai and getting interested in Bitcoin. He joined Blockchain.info as head of development and spent eight months working closely with well-known Bitcoin evangelists like Roger Ver and Ben Reeves. He also spent less than a year at OKCoin, a spot trading platform, as chief technology officer. After gaining more experience in the crypto industry, he began developing a plan for his own digital asset exchange that would not involve fiat currencies, thereby making the risk of regulatory complications lower. In July 2017, during an ICO boom, he raised $15 million in Binance’s 200 million token crowd-sale. Since this initial coin offering, the BNB Binance token has soared from about 10 cents to $13, giving it a market capitalization of $1.3 billion. With Zhao owning the largest stake in the coins, he became one of the most famous crypto billionaires. He even appeared on Forbes in February 2019 with an exclusive interview about his rags to riches story.

Not many people have heard of the Binance Info price-tracking service. Its largest competitor CoinMarketCap was criticized for being mysterious with its founder avoiding publicity. Binance’s founder CZ, in comparison, is very public, having become very quickly an opinion leader for a large chunk of the crypto community. However, Binance’s price-tracking service didn’t offer any features that CoinMarketCap didn’t already have, save the very vocal CEO, and struggled to get off the ground.

Sensing an opportunity, Zhao purchased CoinMarketCap in what is the largest purchase made by Binance so far, according to Zhao himself. He explained that he had pursued CMC founder, Brandon Chez, for years and now Chez is finally stepping down to “focus on his family.” At the time, Zhao stressed that the acquisition will not change CoinMarketCap’s independence: “Binance has no bearing on CoinMarketCap rankings. CoinMarketCap stays committed to providing the most accurate, timely and quality cryptocurrency data in the industry while benefiting from Binance’s expertise, resources and scale.”

Now, two months later, we can see that this wasn’t exactly the truth. Binance inevitably rose to the top of the CoinMarketCap exchange rankings. Before the purchase, CMC’s Liquidity ranking was considered the most trustworthy since it was designed to avoid calculating inflated volumes. At the time of the purchase announcement, HitBTC lost its number one spot on the liquidity metric for the first time since this feature was implemented. Slowly but surely Liquidity rankings started changing, with some exchanges coming out on top, and former leaders such as HitBTC going lower while Binance showed rapid growth in its numbers. The new Liquidity score by grades all crypto markets with a score from 0 – 1,000 to make it simpler for the users to understand, however, that doesn’t explain why the final ranking changed so drastically after these changes were implemented.

Additionally, a new metric called “Web Traffic Factor” was introduced in a May 13 blog post from CoinMarketCap: “In most cases, with crypto being a retail-driven market, for an exchange to have high volumes, it needs to have a large number of retail traders (i.e. buyers and sellers). Instead of asking exchanges to submit their user numbers, a good intermediate proxy will be web traffic,” the site’s team wrote. As of now, the introduction of this metric has put Binance in the first place with a score of 1000 out of a possible 1000. Interestingly, in a last year’s interview CoinMarketCap chief strategy officer Carylyne Chan, now its interim CEO, said, “We’ve seen other people do things like you’ve said, web traffic as a way [to verify exchanges are legitimate] but people trade using API keys so that’s why web traffic is not a good indicator.” Nevertheless, Chan assured the public that CoinMarketCap is an independent entity and is not swayed by its CEO’s interests. “We do not update algorithms or rankings to suit anyone’s agenda, this runs completely counter to the history and value of CoinMarketCap,” she said.

This update caused a wave of justified criticism from the community members including competing exchange platforms. Huobi’s vice president Clara Sun tweeted, “Funny that CoinMarketCap ranks exchanges without considering % of total coin market cap managed by exchanges. This is data that you can’t fake.” OKEx chief strategy officer, Alysa Xu, also called the site out for its rationale. “Fairness and justice are the basis of all rankings. CMC is dead, and we mourn together tonight,” her blog post on Chinese microblogging site Weibo reads. “In the era of mobile internet in 2020, ranking with web parameters the list is either ignorant or shameless,” she added. Regular users made similar statements in comments to the CZ’s announcement on Twitter, mourning the loss of a great platform and promoting its alternatives such as CoinGecko and Сoinpaprika. “In a sense, it’s in our interest to continue to be neutral and to be transparent and independent. Not much will change for CMC once the acquisition takes place,” Carylyne Chan said in a prior interview, and yet now it seems like everything has changed.

This turn of events is anything but surprising. Everybody knew the moment the acquisition was announced that CoinMarketCap was about to lose all of its claimed neutrality and independence. Those who were giving Binance the benefit of the doubt in preserving the leading price-tracking service’s legacy and keeping it trust-worthy, changed their tune once they saw the new perennial top player on the website – Binance itself.

This issue is more than just the lost impartiality at CoinMarketCap, this is an attempt to dominate and centralize the cryptocurrency ecosystem in the hands of one company. It is very important for exchanges to be included in the top ranks on data aggregating websites because it provides great exposure and influences the public’s opinion, attracting more and more new customers. Some exchanges pay for the top slot on these rankings, others resort to wash trading in order to inflate their volume. Here Binance has outdone them all, cutting out all middlemen and purchasing the website itself. This is not the only big recent move for the company: so far this year Binance has also acquired a DApp ranking evaluation platform DappReview, crypto exchanges such as India-based WazirX, and launched their own mining pool.

Even though every acquisition can be explained away as a business expanding the way it should, it is starting to look like Changpeng Zhao is trying to monopolize the industry, grabbing as big a piece of the crypto cake as he possibly can. His competitors are at a serious disadvantage against the powerhouse that Binance has become, and the wads of cash that Zhao can afford to invest in his plans. However, his actions go against Satoshi’s original decentralized vision of a network that was fundamentally impartial. That is why the crypto community is losing trust in everything Binance and its CEO are doing and users are abandoning CoinMarketCap, developments which could have a long-lasting effect on Binance’s reputation as a whole.

2020 Trading Cup Gets Off to a Flying StartGo to article >>

Amy Day is an independent researcher 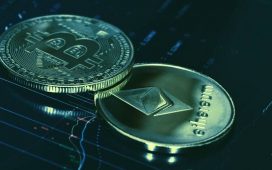 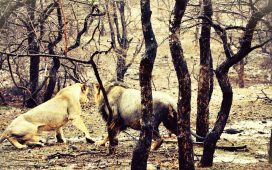 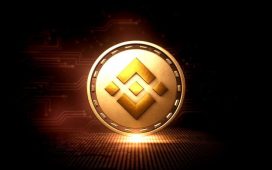 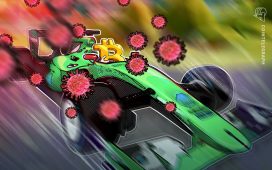 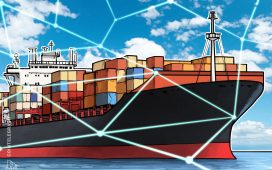