NBCUniversal streaming service Peacock reached 24.5 million monthly active accounts in the U.S. at the end of 2021. That’s about 4.5 million more monthly active accounts than when we got our last update back in July. We did not get an actual subscriber tally (again) on Thursday, which is when parent company Comcast reported its fourth-quarter and full-year 2021 financials.

All told, Comcast outperformed analyst expectations, but those added Peacock accounts came at a steep price.

NBCU quarterly revenue jumped 25.6% from Q4 2020 to $9.3 billion. While revenue at the company’s Media segment, which includes Peacock, increased 8.4%, a $559 million loss related to the streaming service provided a big blow to the bottom line.

Revenue at the studios jumped 36.4% thanks in large part to the home entertainment performance of “F9” and an $80 million theatrical recovery.

Universal Pictures releases of note in Q4 include “Sing 2,” which came out at the very end of the quarter, on Christmas Day. Small window here, but the sequel to 2016’s “Sing” grossed $76 million domestically by New Year’s Day. So that’s the lion’s share.

Additionally, “Halloween Kills,” which was also on Peacock, was released in time for the fall holiday. Universal handled overseas distribution for James Bond film “No Time to Die.”

Q4 Peacock series releases included “MacGruber,” “One of Us Is Lying” and Season 2 of “Saved by the Bell.”

The last update we got on Peacock subscribers came (conveniently) in July, when the streaming service said it reached 54 million users by the 29th, which was the day Comcast reported its second quarter financial results. At that time, Comcast also said the streaming platform boasts 20 million monthly active accounts. We did not get a Peacock subs update with Comcast’s Q3 earnings materials — and have not since.

NBCU’s Tokyo Olympics Opening Ceremony took place on July 23, meaning we were nearly midway through the Games at the time. All events were carried on Peacock, which certainly led to a surge in signups.

The Tokyo Olympics began more than three weeks after Q2 ended. Therefore, the lion’s share of that Olympics-signup surge likely took place in early Q3, but before the second-quarter’s earnings call. In other words, it is not unreasonable to assume that while Q3 or to-date Peacock signups are higher than they were in Q2, they may be lower than the 54 million number we got in late July.

Comcast had previously projected Peacock would have up to 35 million subscribers by the end of 2024.

Finally, Comcast-owned theme parks had their most profitable quarter on record, thanks to stronger attendance in the U.S. and Japan, as well as the opening of Universal Beijing Resort in September 2021. Theme parks revenue soared 191% from $648 million to nearly $1.9 billion.

Bear in mind, of course, that there were far more closures or parks operating at limited capacity in the fourth quarter of 2020 due to the COVID-19 pandemic. The same reminder applies to the theatrical-revenue “surge.”

“Comcast’s strong operating and financial performance in 2021 was underscored by our highest full-year revenue, adjusted EBITDA, adjusted EPS, and free cash flow on record,” Brian L. Roberts, Comcast’s chairman and CEO, said in a statement accompanying the financial results. “We continue to execute extraordinarily well, strengthening our leadership position in connectivity, aggregation, and streaming, while working to have a lasting impact on our communities through our commitment to DE&I and digital equity.”

“Looking ahead, we remain focused on our many exciting organic growth opportunities across all of our businesses,” he continued. “Our top priority is increasing the capacity of our network in the U.S. and further improving our world-class broadband experience. We are producing more of the premium content that our viewers love and continue to provide them with multiple ways to access it, including on Peacock while ramping construction of Epic Universe and welcoming even more guests to our theme parks. And, significantly, we are expanding the reach of our proprietary global technology platform and addressable customer base, starting with Sky Glass and XClass TV. Our confidence in the future is reflected in today’s announcement that we are increasing the dividend for the 14th consecutive year.”

Comcast executives will hold a conference call at 8:30 a.m. ET/5:30 a.m. PT to discuss the quarter — and full year — in greater detail. 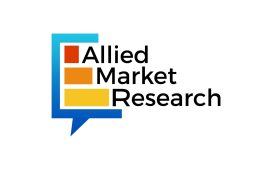 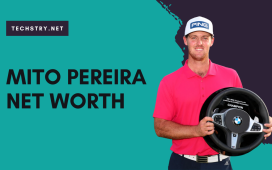 Mito Pereira Net Worth: How Wealthy is This Celebrity? Luxury Lifestyle! – Techstry

Make every impression count: 3 ways to save billions on ads 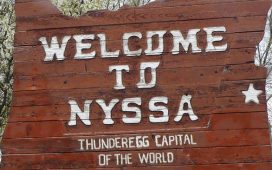