Why you should AVOID some cough syrups if you think you’ve got COVID-19: Active ingredient in dozens of over-the-counter remedies encourages the coronavirus to multiply

A common ingredient found in many over-the-counter cough and cold medications including Benylin and Night Nurse could cause the coronavirus to multiply, a study has revealed.

The discovery was made as part of a global study into pre-existing drugs and ways they could be used to treat the deadly COVID-19 pandemic.

An international team of scientists found that dextromethorphan, a common active ingredient in cough suppressants, might cause SARS-CoV-2 pathogens to replicate.

While this doesn’t mean conditions will always get worse, or lead to a higher risk of severe symptoms, researchers warned against using medication with the ingredient.

They say more research is needed into the impact of the ingredient on humans with COVID-19 before it should be used to treat a cough from coronavirus. 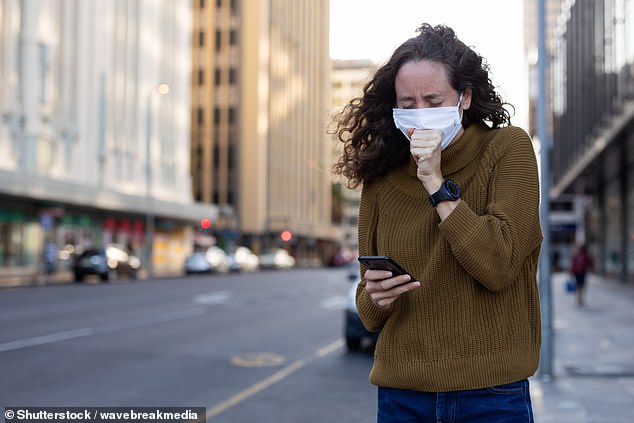 An international team of scientists found that dextromethorphan, a common active ingredient in cough suppressants, can cause COVID-19 to replicate faster

‘We’ve identified an over-the-counter medication that appears to be pro-viral – actively promoting infection – that people I think need to be aware of,’ said Professor Nevin Krogan, of the University of California at San Francisco.

‘If I had Covid-19 I would think twice about using cough syrups,’ added Krogan.

Dextromethorphan is used by cough and cold medication manufacturers to stifle the signals in the brain that set off the reflex to cough.

The team say that due to its use in almost all common cough syrups, it is likely to be used by people to settle the cough that is a main symptom of coronavirus.

Researchers conducted tests on cells from African green monkeys – similar to humans in terms of drug response – to make their discovery.

At the Pasteur Institute in Paris, the team found that when dextromethorphan was introduced to infected monkey cells the rate of SARS-CoV-2 growth increased.

Professor Brian Shoichet said they felt it was vital to inform the public and officials.

‘We should be careful. These are in vitro (laboratory) results – they haven’t been shown clinically. We’re not necessarily recommending that everyone stop taking dextromethorphan.’

‘But because it’s a pro-viral effect it would be wrong not to highlight it because it could be detrimental,’ the researcher told the I.

It wasn’t all bad news though, the study team were able to identify drugs that could present potential treatments for the deadly virus that has spread around the world.

They found the antihistamine chemastine, the antipsychotic haloderidol and some cough medication ingredients such as cloparastine could help.

The 22-person team behind the study, which started in mid-March, looked at blueprints contained in the 30 genes of the new coronavirus.

They built the world of the virus from the inside out and synthesised all the proteins the virus makes – recording how each interacts with proteins inside the human host.

As part of the work the team discovered the 332 different ways the coronavirus can enter a cell and make copies of itself – they then looked at drugs that could stop it. 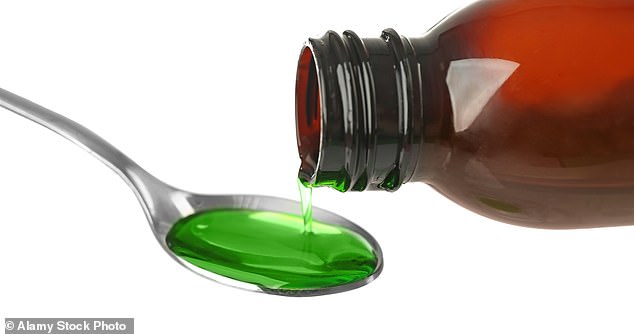 They say more research is needed into the impact of the ingredient on humans with COVID-19 before it should be used to treat a cough from coronavirus.

They looked at a range of different drugs and found 69 existing types of medication, experimental treatments or compounds on their way to being drugs.

Of those discovered, they had 62 different ways of disrupting the virus life cycle.

Krogan said many of the compounds would be best used in tandem with other drugs – such as remdesivir – a potential COVID-19 treatment.

They are still at animal testing stages and haven’t said when they will have a combination of medications that could work to treat the virus.

The research has been published in the journal Nature.