Companies Are Breaking Up, and You Get to Pick The Winners 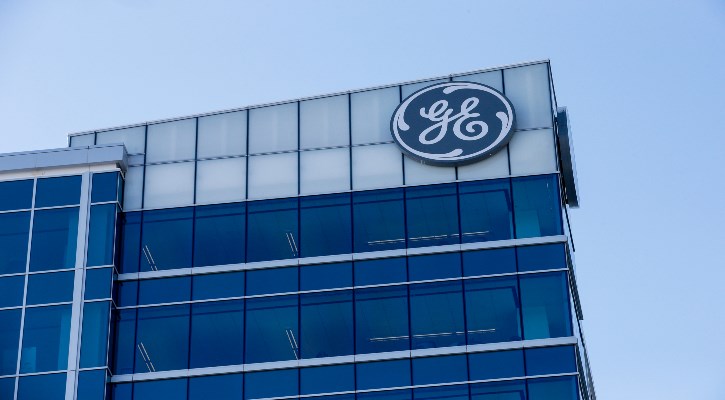 Like empires, companies rise and fall over time. In 2021, the idea that “bigger is better” is starting to be questioned and that has implications for public markets and investors.

It’s true that stock market indices, which weight companies by size, still favour gigantic companies. On that, look no further than the excitement over Tesla breaching the $1 trillion mark. Apple is on the inevitable march to the $3 trillion milestone, and has this year become more valuable than the French economy. And because of share options, the wealth of the super-rich like Elon Musk and Jeff Bezos has rocketed, the result of speedy company growth.

But the message among consultants, fund managers, activist investors and even boardrooms is that being “nimble” as a company is now a competitive advantage. That means break-ups are back on the agenda, with companies being dismantled, de-merged and split up across the board. Let’s look at some recent examples and what it means for investors. Are they likely, as advocates of corporate divorces believe, to “unlock value” for shareholders?

General Electric (GE), a stalwart of American capitalism in the 20th century, is one of the biggest names to announce a split, in this case into three publicly listed companies. Those will focus on aviation, healthcare and energy (including renewables).

The company had a staggeringly successful run in share price terms during the tenure of Jack Welch between 1981 and 2001. It was the Apple or Tesla of its era before losing its way in the 21st century. Under the new plans, the healthcare division will be the first to go it alone, in 2023, followed by energy in 2024.

Nostalgia aside, could this be a good thing for GE investors? Morningstar’s Joshua Aguilar believes that to be the case, arguing the proposal might finally help close the gap between the company’s potential value and the one that investors currently ascribe to it.

“We think this news is an important catalyst that will help close the persistent price/value gap for the stock,” he says.

“Investors will now have the opportunity to own either or both exceptional franchises in aviation and healthcare without having to hold on to GE’s more challenged businesses.” This is a running theme in the break-up charter: investors can “pick the winners” among company spin-offs, but it raises the question of why someone should buy an underperforming or unloved division? Private equity firms have been busy snapping up seemingly struggling companies, some of which may return to public markets in “new and improved” form a few years later.

Closer to home, but not disimilar in some ways, is Royal Dutch Shell (RDSB), which activist investor Third Point wants to break up into two distinct companies: “dirty” and “green” Shell.

The first will manage “legacy” assets like oil and gas, while the other will focus on renewable energy. Morningstar’s Allen Good thinks the plan is unlikely to win immediate favour, but could grow in importance if more investors get on board.

“The idea does have appeal, given Shell’s poor past performance and the lukewarm response to its current strategy, so if [Third Point] can attract more supporters, pressure on management will grow,” he says.

Currently, Shell has tried to be all things to all people, but has failed to satisfy the diverse demands of its owners, from pension funds to index trackers.

Another UK energy company in the crosshairs of an activist investor is SSE (SSE), a Scottish gas and electrictity provider with power generation assets, including renewables. Activist investor Elliott Advisers considers the renewables arm to be its prize asset, and has argued that it would be better off being hived off from the main SSE.

Some analysts point to the success of pure play renewables companies like former stock of the week Orsted, which has transformed itself from its fossil fuel beginnings to become an offshore wind leader. SSE itself has said that it has considered the options on the table and decided that staying together is best for the kids, and has hiked investments in renewables in the process. Large investors like Royal London (itself at the centre of a bidding war over the splitting up of one of its competitors) are backing the status quo at SSE.

Elliott Advisors has also been agitating for change at GlaxoSmithKline (GSK) too, which is being split into two listed companies next year. Its pharmaceutical division, which makes vaccines and drugs for conditions like asthma, will be known as New GSK. This will be separate from the consumer health division, which sells products like Sensodyne toothpaste and Panadol.

Morningstar analysts think this move could be a positive one, as consumer health companies are often valued higher by investors than pharmaceutical companies. GSK has a fair value estimate of £17.30 but a current price of around £15. Activist investors want boardoom changes above and beyond a splitting into two, with the aim of boosting the share price. Over five years GSK’s share price has fallen around 10%, despite the Covid-19 vaccine step change, whereas rival AstraZeneca has seen its shares rise 70% over the period. Still, over the last decade GlaxoSmithKline has been a reliable dividend play for investors.

Other companies planning to split up include Japan’s Toshiba, which, like GE, is going three ways amid shareholder pressure after a series of corporate scandals. Toshiba (6502), which makes everything from TVs to air-conditioning units, will divide into infrastructure, semiconductors and devices. The break-up of the industrial titan, which became the target of a UK private equity firm earlier this year, is expected to happen by the end of 2023.

Wide moat US firm Johnson & Johnson (JNJ) is also planning to spin off its consumer healthcare division. The move came as a surprise to analysts and the market.

Morningstar’s Damien Conover said last week: “Johnson & Johnson’s abrupt announcement of plans to divest its consumer healthcare division doesn’t have a major impact on our fair value estimate, but the strategic move is likely to create two powerful new companies in 2023. After many decades of operating as a diversified healthcare conglomerate focused on drugs, devices, and consumer healthcare, the firm’s timing is surprising, as we don’t see any major catalyst for the move.”

The parallels with Glaxo are clear, Conover adds, but he does say the move is unlikely to “unlock” as much value for existing shareholders. “With J&J trading at a higher valuation multiple versus Glaxo, we see less potential for it to create value with its consumer healthcare divestment, even with the strong comparable valuations of stand-alone consumer health companies,” he adds.