Confused and at risk: the vulnerable are key targets for fraudsters


When Angela Smith* phoned her 93-year-old mother to remind her to take her medication, she asked, as usual, how her day had been. “She said ‘I have been busy on the phone all day. There is a man at the bank who is trying to steal all my money, so I had to go there to help them find him,’” Smith says.

Her mother, who has dementia, had been taken in by a common scam. A well-spoken criminal, claiming to be from her bank, phoned and told her that a staff member of the local branch had been stealing from her, and asked her to withdraw cash so that management could trace the notes to the teller. She was persuaded to leave the money under her front door mat to be picked up.

But there was no crime in the bank, and the elderly woman lost the £1,000 she had left to be collected. “She was in denial, and she is in still in denial,” says Smith.

“From what I can gather, she is very embarrassed and really ashamed about what has happened. In the end, we had to stop talking about it because it was making her so upset.”

Fraud of all kinds spiralled during the pandemic, as people were forced to stay at home. A report from the victims commissioner, who acts as an independent voice for victims of crime, says fraud grew by almost a quarter in the year to March, at a time when other types of crime were decreasing.

Just under 200,000 of the victims were elderly and vulnerable, it says. Separate figures from Action Fraud, the national reporting centre for fraud and cyber crime, show victims aged over 60 lost almost £370m in the 13 months to November.

Paul Hewitt’s 76-year-old mother, Sally, thought she was getting a windfall when a caller phoned to say she was due a council tax refund of £900. She duly gave the “well-spoken English man” her banking details. Luckily the bank, Santander, spotted an attempt by the fraudsters to withdraw cash from the account, and stopped it. When the fraudsters then rang back to check the details, Hewitt’s father cut them off.

While she did not lose any money, Hewitt says his mother, who has vascular dementia and Alzheimer’s disease, has had her confidence dented. “Because of the Alzheimer’s, she suffers from depression and, when she does things wrong, she feels very guilty about it,” says Hewitt.

The effect of being taken in by scammers can be very damaging to the elderly and vulnerable, according to Age UK, the charity which helps older people.

Policy manager Joel Lewis says scams to do with rebates, vaccines and test-and-trace systems became more and more frequent through lockdown. Criminals are quick to jump on consumer trends when selling their deceptions – for example, as sustainability has become more popular, “green” scams, such as making homes energy efficient, have become more prevalent, with Citizens Advice estimating millions of people have been targeted.

“The crime can have a profound and life-changing impact in someone who is already struggling on a low income, and is then defrauded out of a couple of thousand pounds,” says Lewis.

Older and more vulnerable members of society are often the victims of repeat offences, as information is circulated amongst criminals about easy targets, says Lewis.

The elderly are also particularly susceptible because they are typically at home during the day, often live alone, have some disposable income and use their landlines.

Amy Martin’s* grandfather Tom, who has Alzheimer’s disease, has not had an ATM card since he was convinced to pay a group of men in cash for a roof repair which was never done. He had withdrawn £1,000 over three days and handed it over. He then hid the fraud from his family.

When the deception was discovered, his family held on to his bank cards and now give him cash when he needs it. But because of his condition, he spends a considerable amount of time every day looking for his cash card.

Last month, a scammer phoned in an attempt to get his bank details, and he left notes around the phone saying that he had to find his card.

“He can’t spell, and can’t really write, and we know that they must have pushed him a bit. My mother noticed that there were notes everywhere,” says Martin.

“It stresses him a lot at the time and he doesn’t then remember it because of the Alzheimer’s. At the time, it causes him considerable distress. They now have to keep a close eye on him.”

* Names have been changed 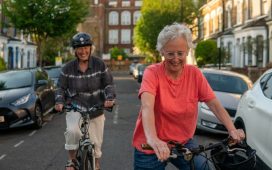 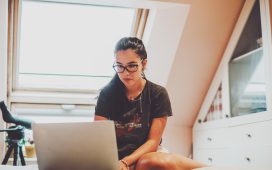 Should I dump my rich friends?