LONDON – A consortium is raising money from banks and private equity investors to fund a potential bid for silicon wafer manufacturer Newport Wafer Fab, according to a person familiar with the situation who asked to remain anonymous due to the nature of the discussions.

NWF is currently being acquired by Chinese-owned Nexperia but the transaction could be blocked by the U.K. government.

The sale of NWF to Nexperia was initially approved by U.K. Business Secretary Kwasi Kwarteng earlier this month. However, U.K. Prime Minister Boris Johnson ordered national security advisor Stephen Lovegrove to review it after some lawmakers in his party said the takeover raised national security concerns given the geopolitical importance of the semiconductor industry.

The consortium, which plans to submit an alternative plan to the government, includes a prominent semiconductor executive and people previously involved with NWF, according to the CNBC source.

The government is unlikely to ask Nexperia and NWF to “unravel” the deal or force Nexperia to sell 100% of the company, the source said. But it may look to see if there’s an alternative plan that’s a “win-win” for everyone, the source added.

The compromise could involve asking Nexperia to reduce its position in NWF to less than 25% so that it complies with the U.K.’s National Security and Investment Act, which was introduced in April. It could also involve asking whoever buys NWF to sign some sort of long-term contract with Nexperia so that it still gets the wafers it needs.

The consortium and its investors are watching to see what the government does. “The investors are sitting on the sidelines going: ‘Ok, we got the money. Let’s go … what’s the deal?'” said the CNBC source. “There’s plenty of investors for this kind of thing. There’s a global shortage of this stuff.”

The consortium is rushing to submit its proposal to the government before lawmakers go on their summer vacations in August, bringing Westminster to a standstill.

In the proposal, the consortium plans to argue that Nexperia will likely make it harder for outside organizations to use the manufacturing facility which is based in South Wales, U.K.

NWF is the last “open access” fab in the U.K. and it’s used by companies, start-ups, universities and the government for research and development purposes.

Nexperia, which was already a shareholder in NWF, has paid around £63 million ($87.9 million) for NWF, according to the CNBC source. If Nexperia were to sell 75% of NWF in order to comply with the National Security and Investment Act then this would work out at around £50 million.

A U.K. government spokesperson told CNBC that the situation is being closely monitored. Nexperia declined to comment.

Tony Abbott, Johnson’s senior trade advisor and the former prime minister of Australia, said Tuesday that he expects the current deal to be blocked. Abbott said Australia would not allow the takeover to go ahead if it was happening there, adding that the U.K. is now moving in a “comparable direction” now that Lovegrove is reviewing the deal.

The sale of NWF to Nexperia comes five years after the U.K.’s biggest chip company, Arm, was sold to Japan’s SoftBank for £24.3 billion. SoftBank is now in the process of trying to sell Arm to Nvidia for $40 billion, although the deal is being probed by competition regulators in the U.K., Europe, China and the U.S.

Headquartered in the Netherlands, Nexperia is 100% owned by Wingtech Technologies, a Shanghai-listed manufacturing company that assembles smartphones and other consumer electronics. Wingtech is heavily backed by the Chinese Communist Party, according to analysis from Chinese investment screening specialists Datenna. Wingtech Chair Xuezheng Zhang took over as Nexperia CEO in March 2020.

Ciaran Martin, the U.K.’s former cybersecurity chief, told The Telegraph last week that the sale of NWF to Nexperia presents a bigger risk than Huawei’s involvement in the 5G network.

“Huawei in the periphery of 5G only really mattered because the Trump administration became obsessed with it for reasons they never convincingly set out,” the former head of the National Cyber Security Centre reportedly said. “By contrast the future of semiconductor supply is a first order strategic issue. It goes to the heart of how we should be dealing with China.”

Some U.K. lawmakers are concerned that the NWF deal will see a rare U.K. advanced chip manufacturing plant handed to China, which is aiming to surpass the U.S., South Korea and Taiwan in semiconductor technology.

Tom Tugendhat, leader of the U.K. government’s China Research Group and chairman of the Foreign Affairs Select Committee, told CNBC that the government is “yet to explain why we are turning a blind eye to Britain’s largest semiconductor foundry falling into the hands of an entity from a country that has a track record of using technology to create geopolitical leverage.”

The wafers are thin pieces of silicon that circuit patterns are printed on to build chips. NWF’s relatively basic 200mm wafers are largely used in the automotive industry, which has been hit particularly hard by the chip shortage.

NWF was trying to raise capital earlier this year so that it could remain independent but Nexperia triggered a contractual clause that enabled it to take over the facility, the same CNBC source said, confirming what has previously been reported by The Telegraph.

“They saw the opportunity to do basically a hostile takeover and they did it,” said the source, adding that a £15 million investment was turned down by Nexperia earlier this year.

The price paid for NWF is considerably lower than what similar fabs have sold for. “A £63 million price tag for a wafer fab is minuscule,” Glenn O’Donnell, an analyst at research firm Forrester, told CNBC. “Most wafer fabs cost well over £1 billion. Even if this is older tech, this deal is ridiculously cheap.”

The fab also carries out semiconductor research for the U.K. government. It has over a dozen contracts that are largely funded by Innovate UK, the U.K. government’s innovation agency, through various grant schemes that amount to around £55 million.

One NWF defense contract involves developing chip technology with Cardiff University for a radar system that would be used in fighter jets. The £5.4 million project aims to deliver technology to defense contractor Leonardo, missile developer MBDA and aerospace chipmaker Arralis. 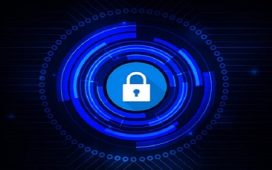