British Airways-owner IAG warns it could need to raise even more cash if there are prolonged lockdowns after it posted a mammoth £5.6bn loss

British Airways-owner IAG warned it could need to raise even more cash if there are prolonged, sweeping lockdowns after it posted a mammoth £5.6billion loss.

The airlines group has already secured £2.5billion funding from shareholders and hundreds of millions of pounds from governments after the pandemic led to mass flight cancellations – which are still failing to recover. 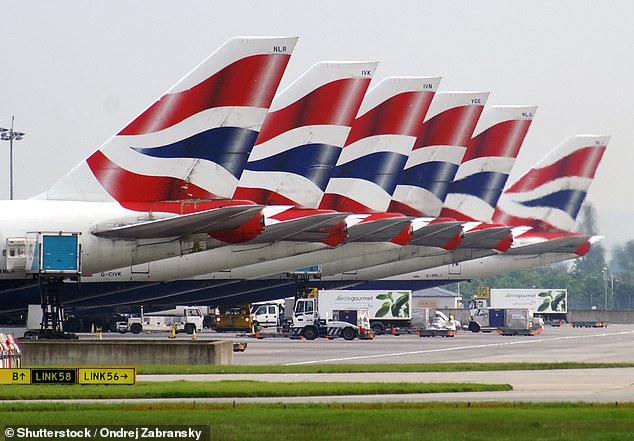 Suffering: IAG lost the equivalent of £900,000 an hour during the first nine months of the year

Yesterday IAG, which also owns Ireland’s Aer Lingus and Spain’s Iberia, admitted the Covid crisis could be even worse than its grimmest forecasts.

If that was the case, the company would ‘likely need to secure additional funding’, it said.

IAG lost the equivalent of £900,000 an hour during the first nine months of the year as it took a slew of one-off charges in addition to a revenue hit from fewer flights. Passenger numbers fell by 78.6 per cent between July and September, when many tried to squeeze in last-minute summer holidays.

But IAG has warned that this winter it will only run about 30 per cent of the flights it operated last year.

Chief executive Luis Gallego, who took over at the FTSE100-listed group last month, is overseeing a wide-ranging shake-up that includes shedding thousands of jobs – including up to 13,000 at BA.

Yesterday Gallego said the company has already managed to slash costs by 54 per cent.

But Gallego pleaded with ministers to set up an airport coronavirus testing programme – warning that having ‘reliable and affordable’ tests would be the best way to help the business recover.

He said ‘volatile government restrictions’, such as introducing last-minute quarantines on travellers returning from certain areas, was making it too difficult for passengers to book flights.