Stocks continue to fall in Asia, but at a slower pace.

Share prices in Asia slid for the second straight day, albeit at a more moderate pace, as investors took their cue from Monday’s sell-offs in Europe and the United States.

The steepest losses in Asia on Tuesday occurred in Japan, where markets were closed for a holiday on Monday. The Nikkei 225 index was down almost 3 percent by late morning. Most other Asian markets fell at a much slower pace.

Futures trading indicated that American and European markets may be little changed or up slightly when they open on Tuesday.

The Shanghai and Shenzhen stock markets dropped 2 percent by late Tuesday morning. Both markets had been fairly insulated from the global selling on Monday, a stability that analysts attributed to Beijing policies such as ordering fund managers not to sell more shares than they buy. Beijing has a history of tolerating share price declines more readily if they look like echoes of Wall Street’s activity, and that appeared to be true on Tuesday as well.

The Hong Kong market was little changed, after falling more than the mainland markets on Monday.

In South Korea, shaken by the world’s second largest outbreak outside of China, share prices rebounded on Tuesday morning after enduring on Monday one of the sharpest drops of any large market around the world. By late morning, share prices there were up about 0.5 percent.

Stock markets in commodity-exporting countries continue to suffer losses as traders worry that demand for their goods may decline if more countries suffer the kind of bruising deceleration in economic activity that China has endured. Australia’s stock market fell 1.6 percent by early Tuesday afternoon, and New Zealand’s dipped 1 percent.

As infections slow in China, they increase elsewhere around the world.

China appears to be getting the new coronavirus under control, but infections are spreading rapidly in South Korea, Iran and Italy. And the world is not prepared for a major outbreak, World Health Organization officials said on Monday.

A W.H.O. mission to China has said that the daily tally of new cases there peaked and then plateaued between Jan. 23 and Feb. 2, and has steadily declined since.

Chinese officials reported 508 new cases and 71 deaths as of Monday, a slower pace than in previous days.

By Tuesday, South Korea had reported a total of 893 cases, the second most in the world. Of the 60 new cases reported by South Korea’s Centers for Disease Control and Prevention, 49 came from Daegu, the center of the outbreak in that country.

In Iran, a spike in coronavirus infections has prompted fears of a contagion throughout the Middle East. In Italy, one of Europe’s largest economies, officials are struggling to prevent the epidemic from paralyzing the commercial center of Milan. And in New York, London, and Tokyo, financial markets plummeted on fears that the virus will cripple the global economy.

The emergence of Italy, Iran, and South Korea as new hubs of the outbreak underscored the lack of a coordinated global strategy to combat the coronavirus, which has infected nearly 80,000 people in 37 countries, causing at least 2,600 deaths.

American citizens were advised on Monday to avoid nonessential travel to South Korea because of the rapid spread of the coronavirus there. The U.S. Centers for Disease Control and Prevention has raised the travel warning to Level Three, its highest warning.

“There is a widespread, ongoing outbreak of respiratory illness caused by a novel (new) coronavirus that can be spread from person to person,” the C.D.C. said in an advisory. “Older adults and people with chronic medical conditions may be at risk of severe disease.”

The C.D.C. also warned that “there is limited access to adequate medical care in affected areas.”

The warning came as South Korea reported Tuesday that the number of cases in the country had risen by 60 to 893 overall. The majority of the cases have been centered in the area in and around Daegu, South Korea’s fourth-largest city, 180 miles southeast of Seoul. And roughly half the patients in the country are members of the Shincheonji religious group, a church that has a large following in the city.

President Moon Jae-in on Sunday put the country on the highest possible alert in its fight against the coronavirus.

White House asks Congress for $2.5 billion to fight the outbreak.

The Trump administration, after weeks of pleading from lawmakers, asked Congress on Monday to allocate at least $2.5 billion in emergency funds to bolster its coronavirus response, according to three White House officials and a request letter obtained by The New York Times.

The request from the White House, $1.25 billion in new funds and $1.25 billion in money diverted from other federal programs, is a significant escalation in the administration’s response to the outbreak of the virus and a sign of how long the fight to stop it may be.

The letter, which was signed by Russell T. Vought, the acting director of the Office of Management and Budget, said the funds would be spent on emergency medical supplies, lab testing, the development of vaccines and other forms of monitoring, among other features.

READ  Weird terms for money all around the world: Toad, pasta, lobster, pineapple

“It is profoundly disturbing that their answer now is to raid money Congress has designated for other critical public health priorities,” she said in a statement. “Worse still, their overall request still falls short of what is needed for an effective, comprehensive government-wide response.”

A judge prevented California from moving some patients.

In a decision that could complicate California’s efforts to deal with the coronavirus crisis, a federal judge on Monday kept a temporary restraining order in place that would prevent infected patients on a military base from being moved to a state-owned facility in the city of Costa Mesa.

The judge said she would reconsider the issue after state and federal authorities provide more details about how they plan to protect the health of the community, as well as the people with coronavirus. “The state has shown great empathy for the patients,” Judge Josephine L. Staton said in a ruling that drew applause, adding that she wanted to see “the same empathy for the residents of Costa Mesa.”

Costa Mesa had asked the judge to prevent California from moving people infected with the new coronavirus into a former residential home for developmentally disabled people, where the patients would remain in isolation while recovering. The area, which is in Orange County, is too heavily populated to host people infected with such a dangerous virus, the local officials argued.

Federal officials had planned to move the patients to a facility in Alabama operated by the Federal Emergency Management Agency, court documents said, but officials in California thought that moving the group out of the state would be detrimental to their health and well-being.

The standoff over where to send the patients underscored the unwieldy, decentralized nature of the U.S. health system, even as federal authorities were warning of serious risks from the coronavirus outbreak 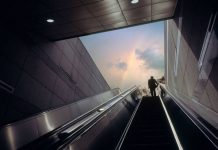 Seeking a glimmer of light 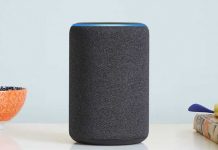 Alexa, Google could be listening to your work calls. Here's what to do. 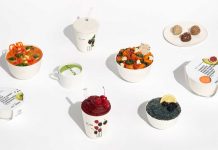 You can save on Daily Harvest's healthy, pre-portioned meals with this exclusive code 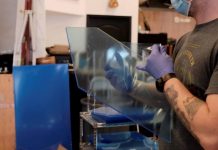 From guitar accessories to medical gear, a start-up pivots to a new era

JPMorgan Chase CEO: US headed for 'bad recession' but can emerge from coronavirus crisis stronger

Coronavirus-fueled panic buying cleared the shelves of eggs. What's next for egg markets? 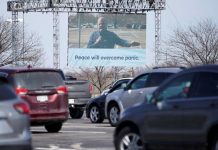 Stocks rally on hopes the coronavirus pandemic is stabilizing