Investors yanked billions of dollars out of corporate bond funds over the past week as unexpectedly high inflation data prompted an aggressive interest rate increase by the Federal Reserve, intensifying fears over a global economic downturn.

For the week to June 15, $6.6bn was withdrawn from funds that buy lower-quality, US high-yield bonds, making it the most bruising week for fund managers since the worst of the coronavirus pandemic sell-off in March 2020 and taking year-to-date outflows to nearly $35bn, according to financial data provider EPFR.

Outflows for funds that buy US investment-grade bonds reached $2.1bn, the largest one-week total since April 2021.

Surprisingly high inflation data late last week prompted fund managers to re-evaluate previous assumptions that the rapid rise in prices had started to abate. It also raised expectations of aggressive monetary policy tightening by the Fed, which some investors fear could stamp out US growth and send the economy into recession.

Fed chair Jay Powell reiterated the central bank’s commitment to tackling inflation at its meeting this week, while also acknowledging that some of the drivers — like soaring commodity prices stemming from war in Europe — were outside its control.

“Banks led us into the [2008] financial crisis. I think central banks will lead us into this one,” said John McClain, a portfolio manager at Brandywine Investment Management. “Central banks don’t have the antidote for this market. Hiking rates will slow the economy, but it won’t stop war in Ukraine and it wont alleviate supply chains.”

When interest rates are higher, prices for existing fixed-rate corporate bonds decline in order to make up for the lower interest rates investors earn on them compared to new debt. But there are growing concerns that a looming economic downturn could test companies’ ability to repay their debts, sending prices — which move in the opposite direction of bond yields — even lower this week.

The yield on higher-quality, investment-grade bonds surpassed levels from the depths of the pandemic in March 2020 and came within a whisker of crossing 5 per cent, a level last seen in the aftermath of the global financial crisis in 2009, according to an index run by Ice Data Services.

The additional yield above Treasuries on lower-quality “junk” bonds — which indicates the level of risk of lending to a private company versus the US government — has already risen 0.66 percentage points this week to 5.17 percentage points, putting the reassessment of credit risk on course for its biggest move in a single week since March 2020. 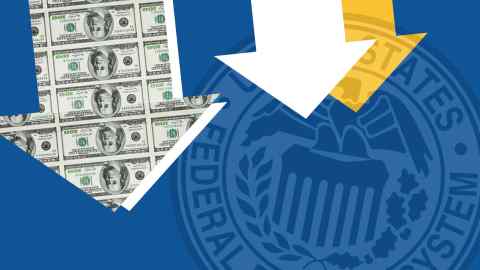 Roughly $100bn of junk debt now trades with a spread of more than 10 percentage points above Treasuries, a commonly used definition of distress and a sign of how risky it is to lend to those companies, according to a $1.45tn index run by Ice Data Services.

Fed officials “only have one way of killing inflation and that is the very grisly and bloody tool of crushing demand, crushing the housing industry, crushing investment [and] crushing exports”, said David Kelly, chief global strategist at JPMorgan Asset Management. “That’s the only way they can do it.”