Cottage cheese recalled over fears it contains bits of plastic


Kraft-owned dairy company recalls 9,500 cases of cottage cheese after bits of red plastic were found in a tub of the popular snack

Breakstone’s has recalled thousands of cases of its popular cottage cheese, the company announced last week.

A customer reported finding a piece of red plastic in a container of the snack, triggering the voluntary recall last week.

Since then, another five people have reported finding plastic in their cottage cheese and the company is concerned the products may be contaminated with bits of metal as well.

Fortunately, no injuries have been reported as a result of the contamination, but Breakstone’s is issuing a voluntary recall of its 16oz tubs of two percent large curd milkfat lowfat cottage cheese, and 24oz containers of its four percent milkfat small curd cottage cheese. 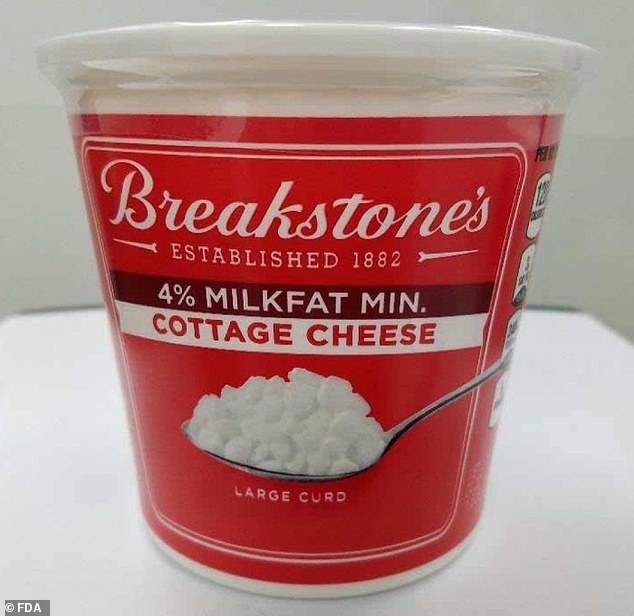 ‘We deeply regret this situation and apologize to any consumers we have disappointed,’ the company said.

In all, the recall applies to about 9,500 cases of those three types of cottage cheeses, distributed across the US and Latin America.

The recall noted that hard materials like plastic can easily chip teeth, cut the mouth or throat or even rip into the stomach and intestines if they get swallowed.

‘Foreign bodies’ – any object that’s not meant to be inside a body and winds up there any way – injured 564,119 people in the US in 2017, according to the Centers for Disease Control and Prevention (CDC).

In addition to lacerations, even the smallest piece of plastic or metal is a considerable choking hazard. 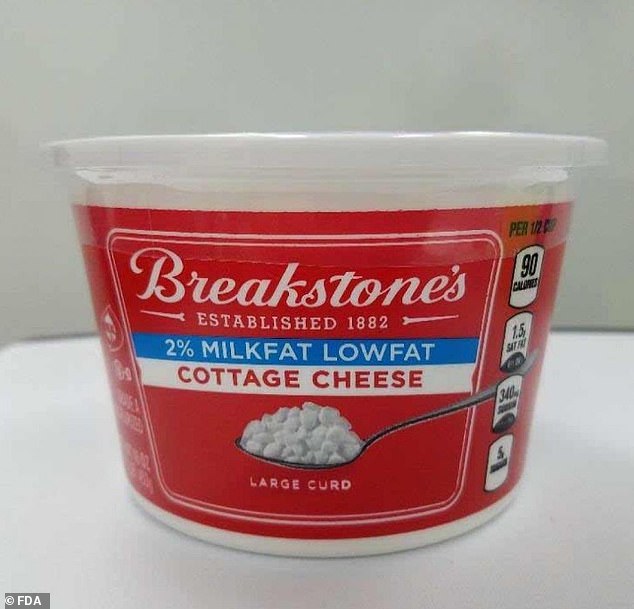 Although no injuries have been reported, the company also voluntarily recalled the smaller 16oz container of its 2% fat large curd cheese

Although no injuries have been reported, Kraft Foods, which owns Breakstone’s, is taking no risks and recalling the contaminated products.

The affected cottage cheeses all have sell by dates of December 10 (written ‘Dec102019’ on the containers).

Breakstone’s s urging anyone that purchased any of the three products with that sell-by date no to eat them.

The company is offering exchanges or full refunds to anyone who returns their potentially contaminated products to the stores where they were purchased.

Consumers can also be issued refunds by calling Breakstone’s and requesting one.

If you have any questions about the recall or would like to , you may call 1-866-572-3805 any time between 9am and 6pm Eastern, Monday through Friday. 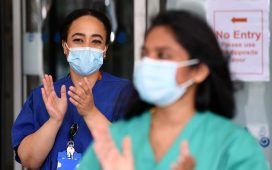