In the wake of Covid-19, there is an urgent need for sovereign debt restructuring, including debt relief. In the circumstances caused by the pandemic, many countries’ repayment obligations could have devastating social consequences if they are not adjusted. Financial markets face risks of sovereign default.

While some ad hoc relief has already been promised by official creditors, indebted poor countries are again facing private creditors without a sovereign-debt restructuring mechanism – the global equivalent of a bankruptcy regime. In the absence of such a framework, called for by the United Nations General Assembly and advocated by many experts and stakeholders, there have nevertheless been some constructive innovations in contractual approaches to sovereign debt. These address at least some of the collective-action problems of restructuring, including opportunistic holdout behaviour.

The most promising measure is a collective action clause (CAC) that allows a restructuring to go forward where approved by a supermajority of the aggregate of creditors. This progress reflects the understandable reaction to litigation by “vulture funds” against Argentina in New York, which threatened an already viable restructuring supported by the majority of the nation’s creditors.

In the debt negotiations between Argentina and private creditors, one creditor group has proposed moving backward, and is pressuring Argentina to remove this innovative feature in the future. This would be a disastrous precedent that would set back by more than a decade the development of the international legal architecture for sovereign debt. It also has implications for many debtor countries and stability and certainty in international debt markets.

We strongly believe that the international community should press these creditors to withdraw the demand and support Argentina in rejecting it. The creditors’ proposal is to replace enhanced CACs that prevent, or at least discourage, such opportunism with older arrangements that could lead to the vulture-fund predation that an increasing number of countries have faced in the last two decades, where the holdout in question used the US federal court in New York to extort full payment, throwing into potential chaos a restructuring agreement that applied to the majority of creditors.

It is imperative that the international community supports the rejection of such a fateful step backward. In the wake of the New York litigation, the US Treasury, the International Monetary Fund and other stakeholders developed the new CAC standard allowing a debt restructuring to proceed for all series of bonds if an aggregate supermajority of bondholders across the various series approves.

Without such an aggregation arrangement, a holdout or holdouts could buy a dominating portion of a single series and then block the restructuring. As the IMF and other international stakeholders have appreciated, even so-called dual-limb CACs, which already existed in a few countries’ sovereign-bond contracts, would not prevent a vulture fund from holding out. After all, dual-limb CACs still involved a supermajority of an individual bond series, as well as an aggregate supermajority across all series, if that individual series was to be included in the restructuring. Argentina’s newer sovereign-bond obligations include state-of-the-art CACs that obviate this difficulty – and that have spurred the creditors’ opposition.

This new standard for CACs, developed through a US Treasury working group, was supported by IMF staff work with stakeholders. It was then favourably evaluated by the IMF directors in 2014, has become best practice under the International Capital Markets Association, and has been endorsed by the G20 as an indispensable element of the international financial architecture for sovereign debt. Europe has adopted it for all its sovereign debt from 2022 onwards.

Whether even these practices, and related contractual innovations, can solve the collective action problems of sovereign-debt restructuring without a true international bankruptcy court or multilateral mechanism remains a subject for debate. What is undeniable, however, is that the proposed move backward will exacerbate the collective-action problems in sovereign-debt workouts, increase political and ideological tensions over sovereign debt, and make pragmatic and viable solutions to sovereign insolvency much more elusive.

The beneficiaries obviously include the vulture funds. But, perhaps above all, they are the white-shoe law firms and prestigious investment banks that advise on these matters, and whose fees only increase with the complexity and transaction-cost intensity of sovereign-debt restructuring.

This is not about struggling to find economic terms for restructured debt that are sustainable for debtors and fair to creditors. The creditors willingly signed on to these contractual terms in 2016. Now that they have discovered in practice the strength and flexibility of the new CAC, they are upset that Argentina is using the clause deftly to preempt holdout behaviour, exercising against noncooperative creditors its contractual rights to the fullest extent. It is absurd and hypocritical for these creditors, including hedge funds, to attack a sovereign debtor for using hard-won contractual terms as an effective bargaining tool.

The creditors have already persuaded legislatures to allow them to buy a bond for pennies on the dollar and then sue to collect the full dollar (technically known as the Champerty clause), and pushed back the New York governor Andrew Cuomo’s effort to void the usurious 9% interest rate charged on pre-judgment interest, which provides the creditors an incentive not to negotiate in good faith. What vulture funds and aggressive litigators want is to return to a world in which they use and abuse the courts to enrich themselves at the expense of developing countries, while undermining responsible players in international financial markets.

If anyone had any doubt about the creditors negotiating in good faith, these proposals may have settled matters. Particularly disappointing is that among the creditors in the groups demanding these terms are some who present themselves as models of corporate responsibility.

Ultimately, this episode shows that the problem of negotiating socially and economically sustainable sovereign-debt workouts may simply not be solvable without moving to a global restructuring regime. In the meantime, however, under the ever-present shadow of the current global crisis, it is critical to move forward with such limited solutions as exist.

We urge Argentina and its creditors to use the restructuring, and the debt exchanges it will involve, as an opportunity to place all sovereign obligations to private creditors (including those from the earlier period) under the new CAC regime. This framework has rightly won the support of all responsible stakeholders – even those who seek a more comprehensive long-term solution.

• Joseph E Stiglitz is a Nobel laureate in economics, university professor at Columbia University and chief economist at the Roosevelt Institute.

• Robert Howse is a professor at New York University School of Law.

• Anne-Marie Slaughter is a former director of policy planning in the US state department, the CEO of the thinktank New America and professor emerita of politics and international affairs at Princeton University.

This commentary is co-signed by

What the weakening dollar means for the global economy 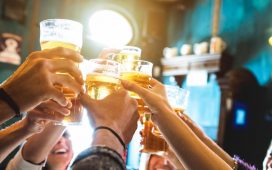 20 pledges for 2020: Can bond investors convince companies to create a better future?

How worrying is Britain's debt? Surprisingly, we economists say: not very | Ethan Ilzetzki