Craving a glass of that red you found on holiday? Join the club


Anyone returning to the UK from a summer trip abroad will be cheered to know that the wines they enjoyed on holiday can be bought for a good price once they are back home.

A growing band of wine clubs with promotional offers, reduced costs and flexible plans offering popular wines from overseas, are available to help recapture a moment of fun in the sun.

Justin Howard-Sneyd, a qualified Master of Wine, says: ‘So many of the countries that we like to visit for our holidays make cracking wine.

‘It can be tricky to track down good bottles when back in Blighty, but the best places to look are roving wine merchants like Laithwaite’s who are particularly strong on Portugal, Spain and some of today’s on-trend destinations like Moldova and Hungary.’

Laithwaite’s and Virgin Wines both offer flexible plans where customers can swap bottles before delivery if they fancy something different from the standard selection.

Plans cost from around £121 and £129 respectively, charged every three months. However, there are striking deals available on first cases – with more than 50 per cent off the price, working out at less than £5 a bottle.

Regular deliveries can also be delayed or skipped if family finances are under pressure, or plans cancelled after one order.

Alternatively, you can arrange for the wine club to get in touch when they have good deals.

Both Laithwaite’s and Virgin Wines offer money-back guarantees for corked bottles or those that are simply not to a customer’s taste.

Many of the clubs offer refunds when customers aren’t happy with a bottle. This includes The Wine Society, which charges members a one-off £40 to join, though this gives £20 off first orders. 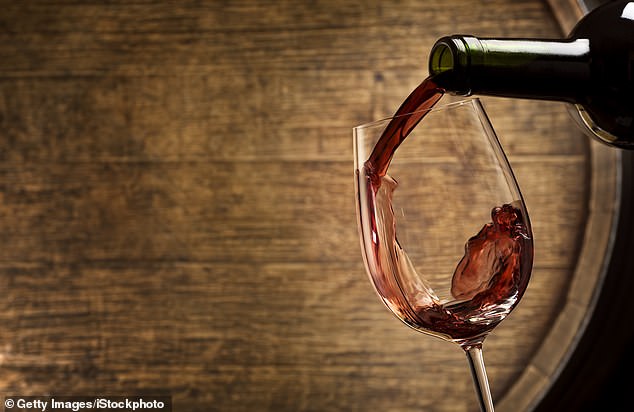 Its Wine Without Fuss plans let members choose the frequency of their deliveries, paying by the case rather than for a monthly or quarterly membership.

Monthly memberships are available for people who want the society to store their bottles too.

Meanwhile, Winebuyers is a novel take on a wine club. It launched just over a year ago with free membership and no minimum orders.

Customers pay the same price as they would by going direct to the vineyard. Suppliers pay a subscription fee to sell their wines through the website. The company trades more than 50,000 wines from 40 countries.

Members also get special offers and advice from wine experts – including information about new grape trends that often cost less than the usual suspects, like a standard Sauvignon Blanc or a Merlot.

According to Winebuyers, Croatian wine is the big hit of the summer and sales increased by 144 per cent among its members in July and August. The country’s indigenous grape is Plavac Mali – a full-bodied red – which is selling well.

Travellers who returned home from Croatia, Spain and the Piedmont region of Italy that borders France have successfully sourced wines from their trip through the website.

Founder Ben Revell says: ‘Whether you’ve been holidaying in the Tuscan countryside or basking in the Croatian sun, opening a bottle or two you shared while on holiday can evoke memories taking you right back to that moment.

‘Customers returning from their vacations now are favouring Croatian and Italian wines over their usual choice of French.’

Alternatively, Naked Wines recruits so-called ‘angels’ into its club. These are customers who fund their accounts with £25 a month, to be redeemed against future purchases. They also get a third off orders, plus a free premium bottle every month if they order a case of wine. Its upmarket club option sends a box of six fine wines every quarter for £100.

Other clubs include Wanderlust Wine – with plans priced between £30 and £90 a month for between six and 12 bottles each quarter, the option to buy a reduced-price box of best-selling wines and ongoing discounts. Customers are free to cancel and are refunded any unused portion of the membership.

Online retailer Vin Cognito is also worth a look for pay-as-you-go wines. It has a list of ‘volcanic wines’, including options from Tenerife, Sicily and the Azores.

When it Pays to Call in the Experts