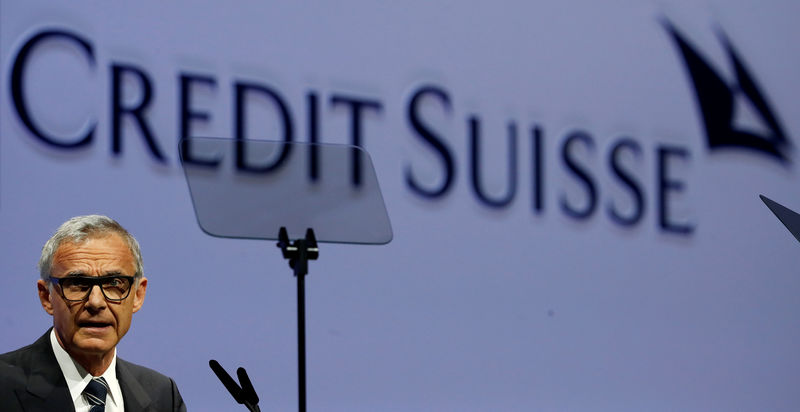 ZURICH (Reuters) – Cost cuts and closing a unit where Credit Suisse (S:) had parked underperforming assets will help boost return on tangible equity (ROTE) to at least 10 percent in 2019, Chairman Urs Rohner said in an interview published on Saturday.

He said that target was within reach.

“With that, we will stand out in a cross-comparison with other banks in Europe,” Rohner told the Neue Zuercher Zeitung (NZZ), referring to measures such as winding down the bank’s Strategic Resolution Unit, a home for assets that have been a drag on the bank’s performance.

A lawyer, Rohner has been Credit Suisse’s chairman since 2011. He told the newspaper he would like to remain in the post after his current term ends in 2021, but said that would be up to shareholders.

Rohner added that Chief Executive Tidjane Thiam’s efforts to restructure the bank may attract job offers from elsewhere, but he was not worried about his CEO jumping ship.

“I know also that he very much enjoys working at Credit Suisse and that he is not planning to leave the bank,” Rohner said.

Credit Suisse shares are down 38 percent on the year, more than the 33 percent decline of larger rival UBS (S:)

Disclaimer: Fusion Media would like to remind you that the data contained in this website is not necessarily real-time nor accurate. All CFDs (stocks, indexes, futures) and Forex prices are not provided by exchanges but rather by market makers, and so prices may not be accurate and may differ from the actual market price, meaning prices are indicative and not appropriate for trading purposes. Therefore Fusion Media doesn`t bear any responsibility for any trading losses you might incur as a result of using this data.
READ  Papa John's founder accuses CEO's team of misconduct - letter

Sensex Declines on Concern Over Import Disruptions on India Inc.

Senator Romney Considers ‘Action As A Nation’ On Cryptocurrency Threat To Homeland Security –...

After Painful 2018, Chinese Blockchain VCs Are Getting Back Into the Market – Yahoo...