Over the weekend the market capitalization of the cryptocurrency market has experienced sideways movement with a slight increase from Friday as it came up to around $177B at its highest point today, from $167,7B at its lowest point on Friday.

This increase of around 9,3 billion dollars isn’t considered a significant one as it was made in the last three days and could be interpreted as corrective retesting of the broken support as the evaluation previously made a significant downfall from $186,376,301,969. 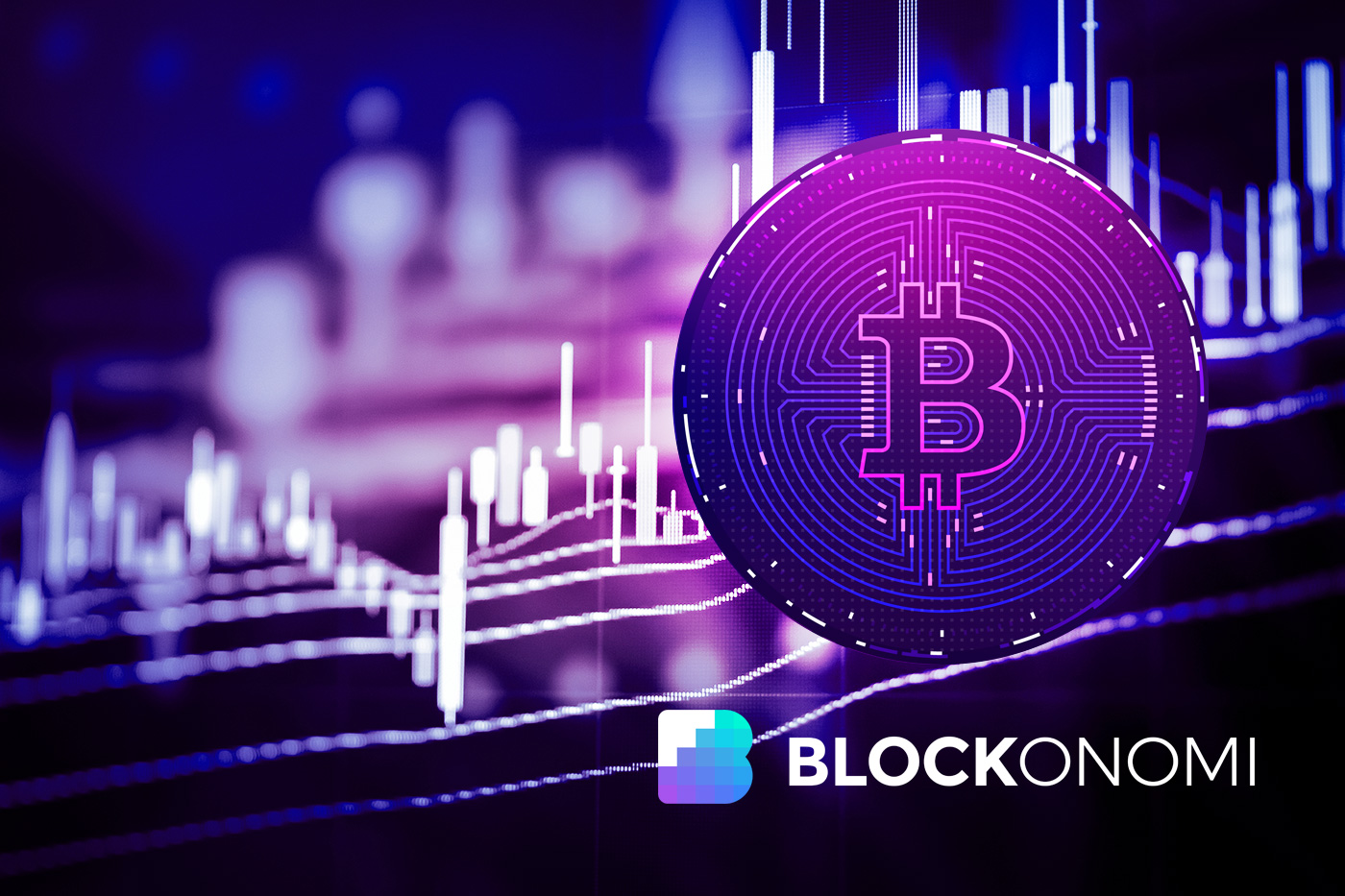 Looking at the global chart, we can see that the evaluation has been in a minor uptrend from Friday and came up to the half range of the previous decrease and has started moving slightly to the downside after it came up to those levels which could be an early sign of the resistance found. 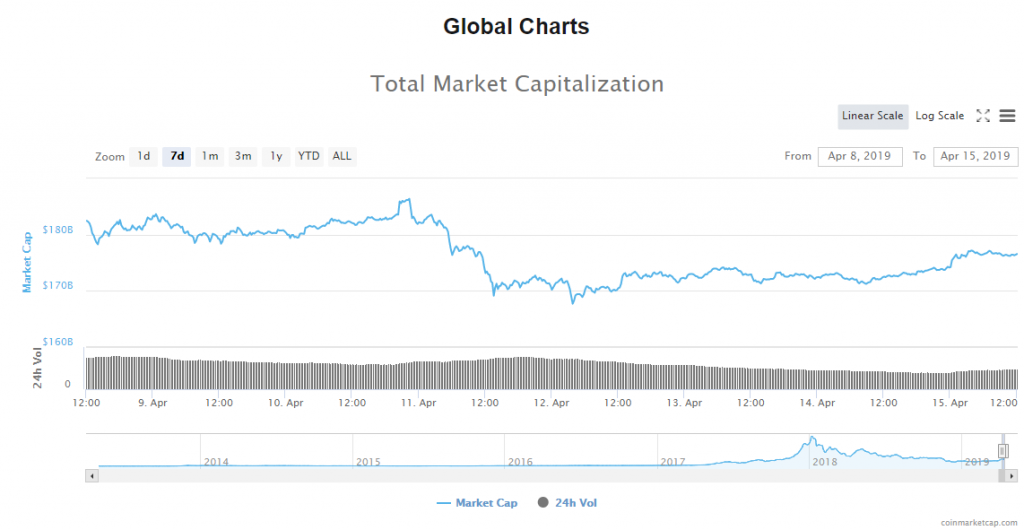 From Friday’s low at $4984, the price of Bitcoin has increased by 4.7% measured to the highest point today which is at $5218. Since then the price has started moving to the downside and has decreased by 0.87% and is currently sitting at $5174.3.

On the hourly chart, we can see that the price of Bitcoin found support at the ascending channel’s support level which was been unconfirmed before the Friday’s interaction as the price at first came down below it, but quickly made a recovery back inside the territory of the channel and has been in an upward trajectory supported by the channels lower outlined level.

Now that the price came up to the lower resistance level from the ascending channel of a higher degree an interaction has been made which looks like it is going to end as a rejection.

If the lower interrupted level serves as resistance again the price is headed for a breakout to the downside from the minor ascending channel on whose support level the price has relied on to keep up the upward movement.

The ascending channel that we are seeing on the hourly chart could be correctional in which case it would be the 4th wave of a higher degree. If that is true than the upward movement that we have been seen from Friday could be the beginning of the next impulsive increase to the upside.

But considering the lack of momentum and the significance behind the resistance point above it looks like the price is headed for another downturn before we could see some impulsive increase.

Zooming into the 15-min chart I have examined the last upward wave structure and as you can see I have counted three waves with the current one still in development.

As now the price is in a downward trajectory it the decrease stopped at around $5139 it could be the 4th wave out of the last five-wave increase which would mean that another retest of the upper resistance could occur as another interaction that could trigger the sellers.

As there are three waves the structure could be correctional as an ABC correction to the upside after we have seen a five-wave downfall which could be the second wave out of the higher degree three-wave move to the downside.

In that case, the price of Bitcoin is set to go down to $4720 area. But if the current increase continues for two more wave it would most likely mean that we are seeing the development of the first wave to the upside of a higher degree.

Bitcoin is in the buy zone.

The cryptocurrency market and with it the price of Bitcoin who still has the majority of the market share with slightly over 51% of its market dominance, has been recovering from Friday after a significant downfall has been made.

The price of Bitcoin is currently in a downward trajectory so if the price continues moving below $5138 level which serves as an early indication of the projected scenarios, we are most likely seeing the correctional continuation, but if the price find support there and continues for another retest of the current upper resistance level we are most likely seeing the development of the lower degree five-wave increase.

Bitcoin Price (BTCUSD) – Head and Shoulders Hint At A Potential Drop to $8,800.00? – InvestingCube

Here’s How Bitcoin Gets Its Value – Traders Magazine