It has been another fruitful Friday in crypto land. Markets have hit a new high for the year and as usual it is Bitcoin driving them. A total market cap top of $300 billion was touched a few hours ago as BTC broke through resistance once again surging to a new 13 month high.

The move came a few hours ago during early Asian trading. This time it wasn’t a ‘Bart type spike’ but a gradual grind up through the resistance at $9,600 and on towards an intraday high of $9,800. Since then gains have mostly held as Bitcoin remained around $9,700 with plenty of talk about a further move to $10k today or over the weekend.

Ethereum also got a boost this time as a 4 percent climb lifted it to $280. In comparison however ETH is still way down, over 80 percent of ATH compared to BTC which is now close to 50 percent. There is no doubt that Ethereum will crack $300 and make bigger gains when altseason kicks in but at the moment the going is slow.

The crypto top ten has not reacted with the usual fervor and aside from Binance Coin adding 6 percent nothing else has really moved much. There is a little green with Bitcoin Cash and EOS adding 2 percent each but others such as BSV are falling back.  There has been no movement on XRP, LTC and XLM.

The top twenty is equally lethargic aside from Monero which is still climbing with a further 6 percent today to reach $108. The Bitfinex transparency initiative UNUS SED LEO has arrived on the scene as CMC has just registered a market cap of $1.8 billion jumping it straight into 14th place above Dash. LEO tokens were trading at $1.84 at the time of writing. The rest of the altcoins are up a percent or flat at the moment.

Today’s top performing crypto top one hundred altcoin is Egretia again as entertainments based token surges 24 percent. A listing in Singapore’s BiUP exchange may have driven some of the momentum for EGT as the team rejoices.

Breaking News: Egretia is currently ranked 77 as per CoinMarketCap!!! EGT has seen the highest gain, growing almost 30% over the past 24H! More info, welcome to join us on telegram : https://t.co/G8oBPqZT64

Nash Exchange is getting a 12 percent boost today and Vestchain has made ten, these are the only three cryptos in double digits. Waltonchain and Grin are at the other end of the list dumping 10 percent each. 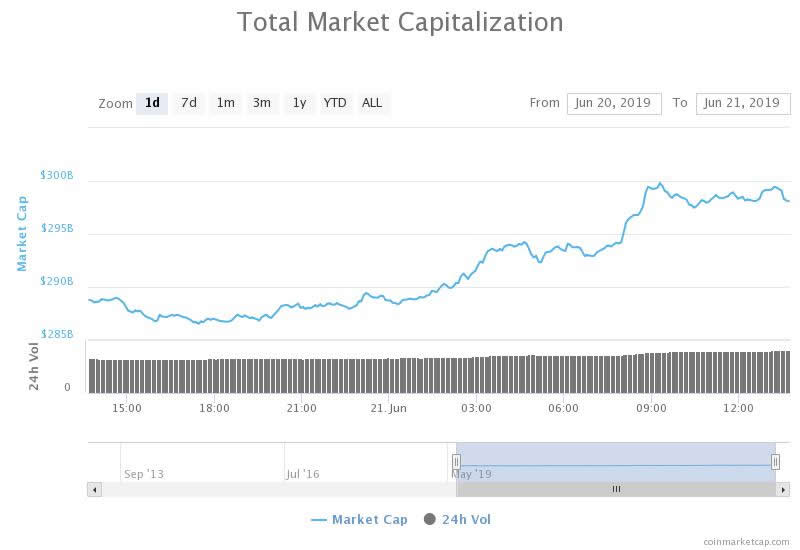 Total crypto market capitalization surged almost $15 billion to top out at a new 2019 high of $300 billion a few hours ago. A slight correction has dropped markets back to $297 billion at the moment but things are still bullish. Bitcoin is the only thing driving market gains at the moment as dominance increases to 58 percent in its push to five figures.

Market Wrap is a section that takes a daily look at the top cryptocurrencies during the current trading session and analyses the best-performing ones, looking for trends and possible fundamentals.

$8.5K Then $3K — This Trader’s Bitcoin Price Call Is Playing Out to a T – Cointelegraph 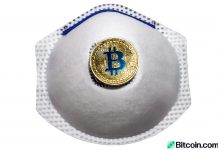 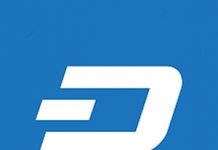 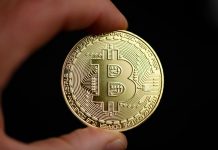 Bitcoin Climbs More Than 15% As Investors Flock To Safety – Forbes 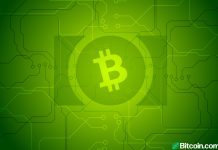 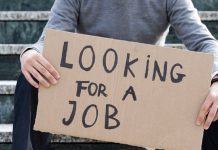 Bitcoin Is Suddenly Soaring And Smashing The Dow, S&P 500, And Nasdaq Indexes – Forbes

Bitcoin’s Ethereum Rivalry Could Be Assuaged With tBTC Bridge – Bloomberg

Has Bitcoin Bottomed? Here’s How It Compares With Past Bubbles – Bloomberg