In 2020, the SEC charged Ripple (XRP-USD) for conducting an unregistered securities offering of $1.3 billion. This occurred after nearly a decade of Initial Coin Offerings with thousands of projects launched and multiple billions of dollars raised beginning with MasterCoin in 2013. The United States currently has no semblance of clear crypto regulation. In 2013, the U.S. Treasury defined Bitcoin (BTC-USD) as both a virtual currency and a payment system. In December 2014, the Commodity Futures Trading Commission (CFTC) defined Bitcoin and other virtual currencies as commodities under the Commodity Exchange Act. Also in 2014, the Internal Revenue Service released a notice that defined Bitcoin as property for Federal income tax purposes. Most recently, Congress snuck an amendment into the November 2021 infrastructure bill treating Bitcoin as physical cash, and stating that transactions over $10,000 must be reported to the IRS, thereby incentivizing further reliance on banks to settle large transactions.

In my opinion, the spectrum of crypto regulation falls into three classifications:

1) Antagonists: includes China, Turkey, and several countries in the Middle East. For these countries, Bitcoin serves as an escape from capital controls or a rational alternative to hyperinflating currencies whose widespread abandonment could lead to currency failure. In addition to capital controls, Bitcoin mining ran counter to China’s state-directed energy initiatives. As the CCP cracked down on energy-intensive provinces to reach carbon neutrality by 2060, 68% of China’s Bitcoin mining in 2020 relied on coal. This made Bitcoin mining an obvious target. In May 2021, China held 70.8% of the total Bitcoin mining capacity, meaning roughly 48% of all Bitcoin mining activity before the ban was conducted using Chinese coal as an energy source. In truth, as later sections will explore, the Chinese ban on Bitcoin mining was the greatest thing to ever happen to sustainable energy development.

2) Crypto-friendly jurisdictions: not every country needs to declare Bitcoin legal tender or have its president put Bitcoin in national coffers to be considered friendly. Switzerland’s crypto valley is an international hub for innovation. In Germany, crypto positions held for over a year are not taxed, encouraging investment over trading and speculation. Friendly tax policies in Singapore have also made it a hub for crypto and Fintech in general.

3) Lukewarm: herein lies the United States and much of the west. I believe there are several reasons for the mixed stance of the United States. For one, every bureaucracy mildly involved in value transactions feels the need to co-opt crypto to increase its relative sphere of influence. The result is a haphazard, muddled, aimless regulatory regime that only stifles innovation and encourages migration to countries in the second classification. As mentioned before, we have four different organizations with four different definitions of Bitcoin.

I also wonder to what extent special interests have an undue influence on the regulatory polity. Regulatory decisions regarding asset tokens have forced delistings on Uniswap (UNI-USD) in the name of protecting investors, while regulators have given green light to Meta’s Diem project and venture capital firms to create permissioned blockchains and retain monopoly positions.

Blockchain technology is expected to add $1.76 trillion to global GDP by 2030 according to a study by PwC. Countries cannot ban Bitcoin and the slew of blockchain tokens that resulted from its creation, they can only ban themselves from using it and reaping the rewards it brings. With that in mind, blockchain-based GDP growth from decentralized systems will accrue to those with friendlier regulatory regimes. Though cautious, I believe regulators understand this.

Additionally, the mining migration to the United States is a net positive for U.S. energy and carbon emissions for those whose politics align with their reduction. Mining puts stranded energy to use while incentivizing the development of cheap, reliable energy production. As renewable energy sources get cheaper over time, Bitcoin miners will progressively shift toward building out renewable energy infrastructure – subsidizing green energy at the expense of coal. Despite promoting technologies such as Carbon Capture Use and Storage, low returns on invested capital from pure electricity sales have stymied development. Bitcoin revenues will speed the deployment of low-cost, green energy. 56% of Bitcoin mining currently uses green energy – a vast improvement after the China ban. I also believe that regulators would not squander the business and innovation that Bitcoin mining brings due to overstated ESG concerns.

Furthermore, I believe that regulatory clarity will come out of the SEC versus Ripple case. I do not believe the SEC wants to be in the business of driving out innovation by arbitrarily picking winners and losers. Not to mention the monster legal team of Ripple, which includes a former SEC Chair and a former SEC Enforcement Chief.

I remain optimistic. Bitcoin is entrenched with a surrounding industry of financial professionals, miners, and even payment companies on the lightning network. A hostile pivot will only lead to a collective response. The same cannot be said of other permissionless tokens. Hostile regulation will only force this innovation offshore. Meanwhile, supporting permissioned ledgers will only lead to further entrenchment by tech giants. If the U.S. wants to reap the benefits and be a leader in the space, it will need a pro-innovation regulatory framework that supports distributed, public blockchains. Anything other than that will be a massive failure to adapt. 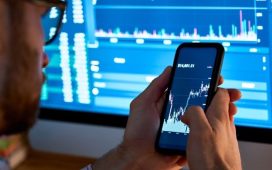 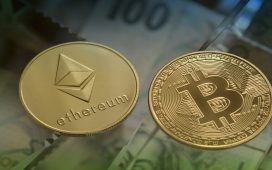 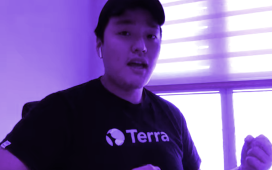 Do Kwon Isn’t Done Yet – Decrypt 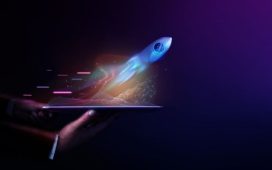 FTX Token (FTT) has a Neutral Sentiment Score, is Rising, and Underperforming the Crypto Market Sunday: What's Next? – InvestorsObserver