Cutting US drug prices to match rates in the UK, Japan and Canada would save Medicare tens of billions of dollars, study suggests

Drugs are up to four times more expensive in the US, on average, than in other countries like the UK, Japan and parts of Canada, a new study reveals.

Brand name prescription drugs are more expensive in the US than they are in any other country on the planet.

Some individual drugs were a staggering 7,000 percent more expensive in the US than the same medication was in other countries.

The Johns Hopkins University study authors suggest that if brand name drug prices were cut to match those of other countries, the US could save nearly $73 billion on Medicare costs. 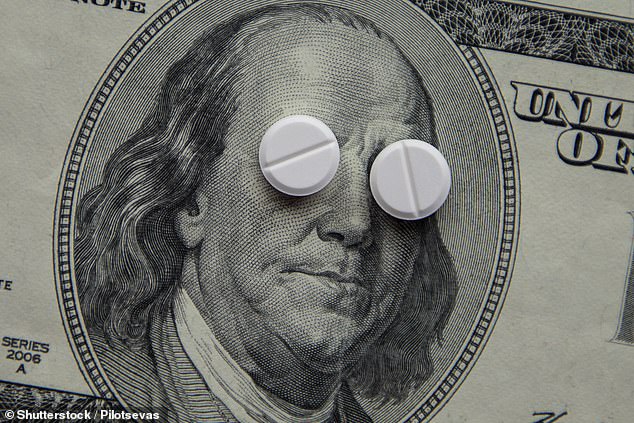 Drugs are more expensive in the US than in any other country, costing Medicare tens of billions of dollars and forcing US taxpayers and patients to pay four time more than those in the UK

READ  Type 2 diabetes symptoms: Five signs to look for on your skin that indicate the condition

Over a quarter (26 percent) of the federal budget in the US goes to combined health services, including Medicare, Medicaid the Children’s Health Insurance Program (CHIP) and healthcare subsidies.

Government-funded insurance through Medicare covers the needs of some 59 million Americans who have disabilities or are over the age of 65.

These older or chronically ill Americans tend to need more medications and have higher health care costs overall, compared to other citizens.

And in the US, those medications are notoriously expensive – far more so than in other countries.

To estimate how much more expensive they are, researchers at Johns Hopkins Bloomberg School of Public Health compared analyzed price data on the 79 brand name -only drugs that cost Medicare the most in 2017.

These are drugs whose patents in the US have not yet expired, meaning competitors are not allowed to make generic versions of the medications.

Unsurprisingly, the US’s drug prices were considerably higher than those in other countries.

Price differences varied wildly from drug to drug. When the researchers compared the price tag for the same rugs in the US and other countries.

When the research time re-adjusted the drug prices to match those of other countries, they found the lower price points would have cut Medicare costs by 67 percent, savings totaling an estimated $73 billion for 2018 alone.

‘Every year we pay more for brand-name drugs and other countries pay less for the same drugs,’ said senior study author Dr Gerard Anderson, a professor of health policy and management.

‘Medicare beneficiaries pay much higher prices for the same drugs that seniors in other countries pay.

‘If they paid the same prices as other countries, their drug bills would drop considerably.’

But year after year, pharmaceutical companies keep raising their drug prices, simply because they can.

Pharmaceutical companies commonly claim that their drugs become more expensive due to research and development.

Although the Johns Hopkins study did not try to explain why the hikes happen, public health experts generally agree that drug prices can continue to climb in the US due to holes or slack in the American regulatory system and lack of competition.

‘Given that many Medicare beneficiaries cannot afford their drugs, this is a serious problem that does have a solution,’ said Dr Anderson.

One in ten Britons could end up in hospital with coronavirus, warns NHS

How calisthenics helped a former raver kickstart a new lifestyle

New York is making its own coronavirus test amid US shortage

Coronavirus: Latest patient was first to be infected in UK

How to get rid of visceral fat: Two supplements proven to reduce harmful belly fat