Debenhams is demanding reductions in business rates alongside cuts to rents as part of its attempt to reduce its store occupancy costs, according to documents seen by the Financial Times.

Last week, the struggling department store group confirmed it would launch a company voluntary arrangement — a type of insolvency proceeding — to restructure its expensive and inflexible leases. That followed a financial restructuring through which the group’s creditors took control of its business and assets.

The formal documents prepared ahead of a creditor vote on May 9 split the leases — held by subsidiaries Debenhams Retail and Debenhams Properties — into various categories and asked for rent reductions of up to 50 per cent. But they also requested reductions in business rates of 48-50 per cent in respect of 58 stores

“That is quite punchy,” said one restructuring expert. “You can only really do it if you are asking for the same amount of reduction in rent. It’s also quite clever, because it will be a useful number in cash terms but will probably not affect the vote that much.”

For a CVA to proceed, three-quarters of all creditors by value must vote in favour.

Another industry observer said he expected demands for business rate reductions as part of CVAs to increase, because they had become such a significant component of overall occupancy costs. “For many stores, the cost is right up there with the rent,” he said.

Debenhams’ business rates bill is roughly £80m a year, but those close to the CVA process said the saving from the request would be “a relatively small part” of the £43m-£48m that the company expects to save each year. The business rate reduction only lasts for the current tax year, not the five-year duration of the CVA process.

Normally, for properties where a reduced rent is payable under a CVA, the business rate liability is unaffected because it is based on the last rateable value. However last year, DIY retailer Homebase succeeded in securing reductions of between 25 and 90 per cent in business rates on 70 of its stores, also through a CVA.

“This isn’t the first time a retailer has asked for a business rates reduction to support their restructuring, and it won’t be the last,” said Ed Cooke, chief executive of Revo, an organisation that represents landlords, local authorities and retailers. “It is evidence that at over 50 per cent, the tax rate is hugely damaging to tens of thousands of businesses across the country,” he added.

The CVA documents also detailed an arrangement with British Land, which will collect full rents from all Debenhams stores subject to the CVA until November. Other landlords would see reductions as soon as the proposal is approved by creditors.

In return, British Land would make “a substantial cash payment” to Debenhams in return for the retailer surrendering the lease on its Regents Place headquarters, space that the property company has relet to Facebook.

Debenhams declined to comment on the arrangement, which was agreed before the CVA was launched.

However, in the documents, the retailer said that more than the previously announced 10 stores would lose money this year. “Whilst at the end of the last financial year the group had around 10 lossmaking stores at an operating level, given current store sales trends this number will increase substantially this year.”

“If the CVA is not delivered in the anticipated timeframe, then the company is very likely to enter administration,” it warned. 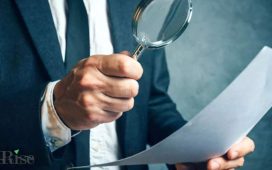 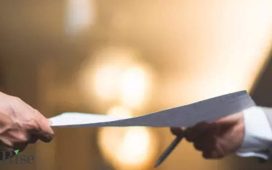