The Chancellor was accused of ‘insulting’ struggling firms as he delayed the overhaul of the ‘busted’ business rates system to later this year.

A ‘fundamental’ review of the tax, widely seen as highly detrimental to the High Street, will not report until the autumn – a year later than promised.

Rishi Sunak blamed the delay on economic uncertainty, but critics damned the ‘feeble excuse’, saying the decision ‘exposed the Treasury’s lack of ideas’. 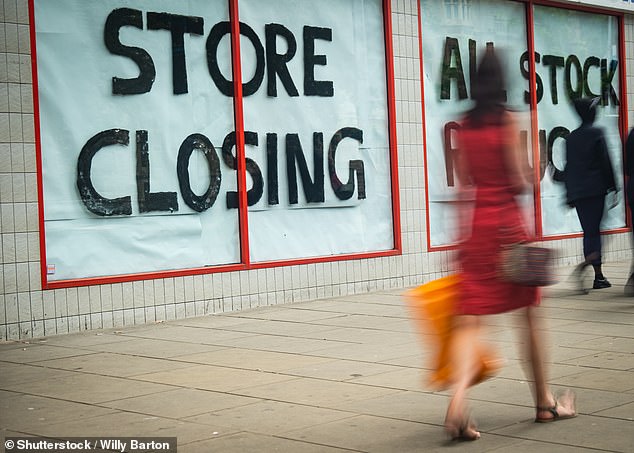 Struggling: A ‘fundamental’ review of the tax, widely seen as highly detrimental to the High Street, will not report until the autumn

The slump last month was not as severe as the one in the first lockdown but retail sales remained 5.5 per cent lower than before the pandemic. Helen Dickinson, chief executive of trade association the British Retail Consortium, said: ‘While Covid may be closing shops, it is the burden of business rates which is shuttering too many of them for good.

‘Delay in reforming a busted system means unnecessary job losses and years of decline in our local communities.

‘Government needs to stand by their own timetable.’