Unlike Unilever, Reckitt is managing the trick of lifting prices and growing sales volumes.

Both companies can hit consumers with higher prices because many health, cleaning and hygiene products remain essential even in a downturn, as Victoria Scholar, head of investment at interactive investor, explains:

“Reckitt Benckiser reported revenue growth of 11.9%, ahead of expectations for 6.8% and raised its full-year 2022 sales guidance to between 5% and 8%.

In a similar story to Unilever, the consumer goods giant behind brands including Dettol, Strepsils and Durex is managing to successfully offset the painful inflationary environment with soaring fuel and raw material costs by lifting its prices. During the quarter, Reckitt increased prices by 9.7% without having a detrimental impact on sales.

Consumer staples businesses like Reckitt and Unilever look well positioned to navigate the unfavourable macro environment and the threat of recession given their ability to pass on extra costs to consumers and given the essential rather than discretionary nature of their product offering.”

Matt Britzman, equity analyst at Hargreaves Lansdown says Reckitt’s performance is impressive (although customers won’t be impressed with higher bills at the checkout…)

Price hikes were all but guaranteed given the double-digit inflation in certain costs the group’s seeing, but impressively volumes are still growing.

That’s testament to the defensive nature of Reckitt’s portfolio, cleaning and hygiene products are hardly going to be the first things left off shopping lists when wallets are stretched.

Performance from key brands Dettol and Lysol continue to support the argument that increased hygiene awareness is here to stay. Sales may be down from last years astronomical highs, but both products look to be rebasing well ahead of pre-pandemic levels.

Shares in Reckitt Benckiser have soared to their highest level in over a year, after it lifted its sales guidance this morning after lifting prices.

The City may be impressed that Reckitt’s sales volumes rose 2.2% in the last quarter, even as prices jumped 9.7%.

That suggests shoppers were accepting higher prices for its branded products (although US parents looking to buy baby formula didn’t have much choice, given Abbott’s problems).

Reckitt is also expecting a long-term increase in sales of cold and flu products as a result of Covid-19 becoming endemic, the Financial Times reports:

Sales growth at the Slough-based group of 24.2% in its health portfolio, which also includes Mucinex cold medicine and Nurofen painkillers, helped it to exceed expectations with first-half like-for-like net revenue growth of 8.6%.

That growth was partly propelled by the return of colds and flu, which were suppressed by pandemic-induced restrictions, as well as the spread of Covid-19, said chief executive Laxman Narasimhan.

He said he expected a “baseline change in the business as [Covid-19] becomes endemic — a step change in the way we think about this business”.

Reckitt’s Nutrition division, which sells baby formula, has swelled its revenues by around 40% in the US so far this year.

US families have suffered a nationwide shortage of baby formula in recent months, due to problems at Abbott Laboratories, the United States’s largest baby formula manufacturer.

Chief Executive Officer Laxman Narasimhan has told a media call that the company is currently “feeding about half of all infants in the US” (via Bloomberg):

“We’ve clearly seen the supply situation help us with regard to overall market share.

We will see some normalization as a competitor comes back online, but we have a business with a brand that’s the number one recommended brand.”

Abbott recalled products and temporarily halted production at a major factory after an FDA investigation found contamination in the wake of four bacterial infections among infants.

Torrential flooding caused a second temporary closure in June, slowing the effort to get more Abbott products onto the shelves

This reflected volume growth of 10.7% and price rises of 12.9% (which includes around 7.5% of gross price), with some consumers switching brands and others stockpiling more in case of wider shortages.

Our focus remains doing everything possible to put more infant formula on shelves, addressing concerns of parents across the US, while safeguarding the highest levels of quality.

We have recently been granted a temporary import approval by the Food and Drug Administration (FDA) which enables us to import additional infant formula supplies into the US from our manufacturing facilities in Singapore.

With shop prices rising at a fastest pace in the shops, Reckitt Benckiser has become the latest consumer goods firm to hike its prices in the inflationary squeeze.

Reckitt, the firm behind Dettol, Nurofen, Strepsils and Durex, has reported this morning that its lifted its prices by 9.7% in the last quarter, year-on-year.

These steep price hikes helped to lift Reckitt’s sales by 11.9% in the quarter — beating forecasts — with the company also benefitting from the US baby formula crisis in which rival Abbott Laboratories has recalled products.

Like companies across the economy, Reckitt has seen its costs jump this year as commodities such as oil, paper, plastic and chemicals become much more expensive.

The input environment remains unpredictable. We continue to expect inflation on our cost of goods sold to remain in the high teens for the full year, based on current commodity pricing.

But despite these pressures, Reckit has now lifted its expectations for 2022, predicting revenue growth of between 5% and 8%, up from 1%-4%. It expects growth in adjusted operating margins too (as those price rises support profitability).

These rising prices will be passed onto consumers, intensifying the squeeze on households.

Shoppers are already under pressure, with UK shop price annual inflation accelerating to 4.4% in July, up from 3.1% in June, according to the British Retail Consortium this morning.

That’s the highest reading since its survey began 17 years ago, with food prices rising sharply.

“July saw the highest rate of shop price inflation since our index began in 2005, as heightened cost pressures continued to filter through to customers. Rising production costs – from the price of animal feed and fertiliser to availability of produce, exacerbated by the war in Ukraine – coupled with exorbitant land transport costs, led food prices to rocket to 7 per cent.

Some of the biggest rises were seen in dairy products, including lard, cooking fats and butter. Meanwhile, non-food prices were hit by rising shipping prices, production costs and continued disruption in China.

Yesterday Unilever, which owns brands including Marmite, Ben & Jerry’s, Domestos and Dove, yesterday announced it had raised its prices by 11.2% in the last quarter – with more hikes expected as it passed on costs.

But Unilever also expects to boost its profit margins next year and the year after by raising prices, making savings and shifting the mix of product it sold.

The TUC say such companies need to rein in their profits, at a time when workers are facing real terms pay cuts as inflation hits 40-year highs.

Services across Great Britain will be badly disrupted again, as a dispute over jobs, pay, pensions and conditions worsens. The strikes involve more than 40,000 workers at Network Rail, 14 train companies, and members of the Rail, Maritime and Transport union (RMT).

Only around one in five trains will run on Wednesday, on around half the network, with some areas having no trains all day.

The Federal Reserve is expected to announce another large increase in borrowing costs, probably 75 basis points, as it tries to curb inflation.

Google’s parent company, Alphabet, has reassured investors last night by reporting that its search and cloud businesses was faring well despite increasing macroeconomic headwinds, as it narrowly missed forecasts. 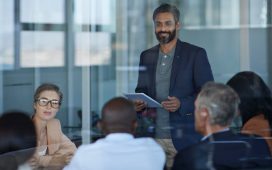