Helen Cahill For Mail On Sunday

Digital music giant Spotify has been booking three-quarters of its revenue to an entity in Sweden, allowing it to pay just £891,425 a year in UK tax.

The Swedish firm boasts that it has a 59 per cent share of UK music streaming, its second largest market by sales after the US.

But it booked just £107million of revenue to Spotify Ltd, its UK arm. This represents only advertising sales. Spotify shifts its premium subscription revenue to Sweden, dramatically reducing its UK corporation tax bill.

DJ Annie Mac performs at the Spotify Opening Gig – the firm has been booking three-quarters of its revenue to an entity in Sweden, allowing it to pay just £891,425 a year in UK tax

In total, Spotify generates £444million revenue in the UK, according to its group accounts. The Mail on Sunday’s Fair Play on Tax campaign has highlighted companies which book sales and profits outside the UK to reduce their UK tax.

Spotify says its UK arm is not involved in developing or providing its paid-for subscription service, and that moving revenue offshore reflects how the business operates. 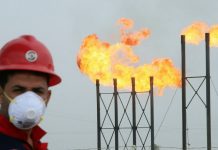 Opportunities in Utilities Despite Dividend Cuts 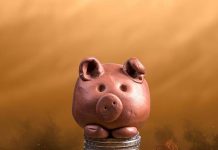 Best current accounts: Nationwide to cut FlexDirect interest to 2% in May

US is nowhere close to reopening the economy, experts say

Is China Leading the Global Recovery? 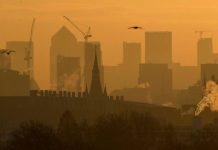 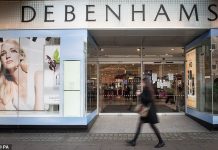 Debenhams is on the brink of collapse

Société Générale to set up Brexit clearing hedge in Paris