Discount retailer B&M continues to see rising sales in the UK, but profits have tumbled 70 per cent as things at its German business are not going well, with the division now under strategic review.

B&M said it was considering what to do with the future of struggling Jawoll as it revealed a £59.5million impairment charge relating to the business.

It blamed it on weak sales and was impacted by ‘distribution issues’, with seasonal stock arriving late. That dragged pre-tax profits 70 per cent lower to £32.2million in the half year to the end of September. 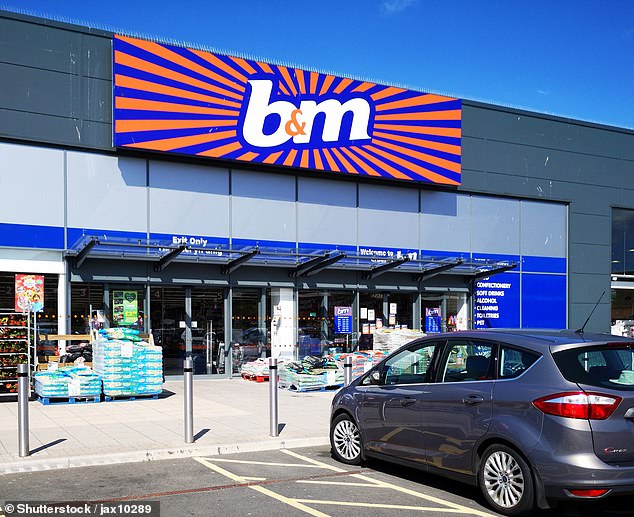 The future looked brighter in the UK, where the group continued to open new stores

Investors were spooked by the German arm’s performance, with B&M shares falling by more than 6 per cent in morning trading, to close 5.6 per cent lower at 356.80p.

‘B&M seems to have made a mess of its German business,’ says Russ Mould at AJ Bell.

‘It looks like poor management decisions with product availability issues, late arrival to stores of seasonal stock and huge markdowns to clear old stock. There have also been large costs incurred on third party warehousing and logistics.

READ  There's a darker side to social media

‘This looks like a business which has taken its eye off the ball and today’s sharp share price decline is investors’ way of expressing dismay with the performance.’

However, the future looks brighter in the UK, where the group continued to open new stores, with 30 new outlets opened over the six months, one closure and four relocations. It said it was on track to open 46 new stores in the UK this year.

‘Despite the continued uncertainty in the economic environment generally, we are very proud to say that each of the top five store opening days in our history have all been in stores we have opened in the last 12 months,’ he added.

British Gas launches new green tariff, but how does it compare to other deals?

'Bad Boys 3' stays at top of the box office

BSE inks licensing agreement with ICE to use Brent index

Fidelity chief on becoming the fund house to fear

FTSE rises on relief over China growth but insurers slide

Google now allows Apple users to use iPhone as physical security key for its...

RUTH SUTHERLAND: Sour note for High Street as household name HMV is on the brink...