Chinese drone maker DJI told a Senate subcommittee Monday that it doesn’t collect or share drone data such as flight logs, photos or videos without the consent of its users — and it doesn’t automatically send flight data to China.

DJI has an extensive portfolio, including the DJI Spark and the DJI Mavic Air, which CNET has reviewed as calls “a folding 4K mini drone that’s close to perfect.”

“DJI drones … do not automatically transmit photos or videos over the internet,” the company told the Senate Committee on Commerce, Science, and Transportation Subcommittee on Security in a letter (PDF). “This data stays solely on the drone and on the pilot’s mobile device. DJI cannot share customer data it never receives.”

The letter, signed by DJI Vice President Mario Rebello, regional manager for North America, came in response to what it called “incorrect claims” that were made during a hearing last week — which it said could “put the entire US drone industry at risk.”

DJI added its security measures include not monetizing or selling any customer data, a professional pilot app that can disconnect from all internet connectivity for sensitive flights, embedding password and data encryption in its products, only ever uploading US drone data to US cloud servers when users do choose to share it, running a bug bounty program globally and hiring independent security experts to test its drones.

The drone giant this week will also release its government edition drone system, which it said cannot access the internet and only stores data on the device. DJI has been working with the US Interior Department to develop the security system to pass two stages of testing.

The letter follows the Department of Homeland Security warning about data security issues when using Chinese-made drones in May, saying commercial drones made in China and used in the US could be used to steal data or infect networks with malware.

DHS’ Cybersecurity and Infrastructure Security Agency (CISA) sent out an industry alert about drones, providing information on the “risks associated with using UAS technology manufactured in China and measures to reduce such risk.”

On its unmanned aircraft systems page, CISA lists the threats of using drones as being weaponized or smuggling payloads, prohibited surveillance and reconnaissance, intellectual property theft and intentional disruption or harassment.

The warning followed networking equipment from Chinese tech giant Huawei being blacklisted by the US government and Huawei essentially banned via an executive order from US President Donald Trump last month in light of national security concerns that Huawei had close ties with the Chinese government. Huawei has repeatedly denied that charge.

CNET may get a commission from retail offers. 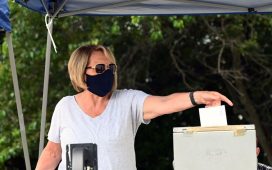 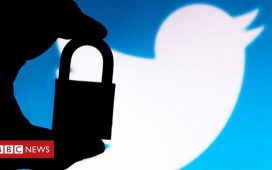 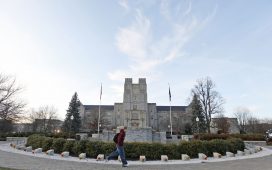