Does Hong Kong Have a Fighting Chance Against China? – The New York Times


HONG KONG — I am the chairman and majority owner of Apple Daily, one of Hong Kong’s largest newspapers, and since the city’s return to China in 1997, I have feared that one day the Chinese Communist Party would grow tired not only of Hong Kong’s free press but also of its free people. That day has come.

Hong Kong is moving from the rule of law to rule by law, with the Chinese Communist Party determining all the new rules of this game.

Apologists for China, led by the Hong Kong chief executive, Carrie Lam, claim that the new legislation will only cover subversion, calls for secession, terrorism and other acts that truly threaten China’s national security. But the Hong Kong people are not fooled.

I joined Twitter recently, and started posting messages about the new law last weekend, just after the Chinese Communist Party first mentioned it:

Within a day, an article in the official Communist Party mouthpiece Global Times, citing experts, called my tweets “evidence of subversion” under the proposed national security law — this, even before the National People’s Congress formally endorsed the legislation on Thursday.

I have always thought I might one day be sent to jail for my publications or for my calls for democracy in Hong Kong. But for a few tweets, and because they are said to threaten the national security of mighty China? That’s a new one, even for me.

Hong Kong is a free society. Hong Kongers say what we want to say — at least, as Ms. Lam put it on Tuesday, “for the time being.” After the proposed national security law is enacted in Hong Kong — which could happen before the fall and the next local legislative elections — we will be able to say only what the Chinese government tolerates. Every sentence, every word will carry the risk of potential punishment on the mainland.

When it comes to free speech, this law will remodel Hong Kong so that it becomes like the rest of China.

It didn’t have to be this way. Although Hong Kong has been troublesome for Beijing since 1997 — there were protests in 2003 over another national security law and calls for true universal suffrage during the Umbrella Movement of 2014 — this was manageable trouble. But then last spring Ms. Lam, in a spectacular miscalculation, attempted to ram through the Hong Kong Legislature an extradition bill that would have allowed the Chinese Communist Party to drag Hong Kongers to the mainland to be tried for various crimes, including political crimes.

That bill was an attempt by Beijing to control Hong Kong on the sly. The people saw through the move and pushed back, with mass marches and months of protests.

After they beat back the extradition bill and it was formally withdrawn, Mr. Xi and the Chinese Communist Party dropped all pretense of noninterference in Hong Kong.

For those of you who are not in Hong Kong, it’s important to realize that even many pro-Beijing business tycoons let it be known that they opposed the 2019 extradition bill because it would have shattered the protections afforded by being in Hong Kong, including those that undergird the stability of the financial and business sectors.

Now, the new national security law goes much further, obviating the need for anything like the extradition bill. Chinese security agencies and police bureaus are expected to be set up or operate in Hong Kong, to handle everything from supposed subversion and illegal democratic activities to the enforcement of patriotic education in schools.

If the extradition bill was a rifle aimed at our rights, the national security legislation is a machine gun.

Mr. Xi is no doubt taking advantage of this peculiar moment, while the free world, especially the United States, is engulfed in the coronavirus pandemic. Why let a good crisis go to waste? Virus or not, though, Hong Kong was always going to be tamed under the Chinese Communist Party. As far back as July 2003 and that earlier attempt at passing national security legislation, under Hong Kong’s own Basic Law, the Chinese Communist Party was already working at undoing the city’s unique freedoms.

And back then, like today, even as China represses Hong Kong, it tries to convince the world that it is acting legitimately and openly; it invokes process and procedures, laws and regulations. This is a charade, and it has long ago been dismissed by most Hong Kong people.

Yet the Chinese Communist Party’s propaganda machine rolls on, offering a few talking points to Beijing loyalists and a semblance of cover to compliant governments and an international business community that seem convinced, wrongly, they can keep making money in China without being sullied by its politics.

Hong Kong is not alone in being threatened by a Communist Party seeking to expand China’s presence on the world stage. Never has China been so aggressive on so many fronts: with Taiwan, in the South China Sea, at the Indian border and worldwide, through its influence networks and United Front operations. Mr. Xi’s repressive moves in Hong Kong are related to those other aggressions. And all of these are related to his need to justify to the Chinese Communist Party why he should be ruler for life.

Mr. Xi has a lot of justifying to do indeed. His “One Belt, One Road” initiative is sputtering, tainted by corruption and jeopardized by the growing risk that participating governments will default on loans they could never afford. Most of the free world is rejecting his 5G ruse, as Huawei, the Chinese tech giant, is increasingly perceived to be a security threat by other countries.

He has blundered by creating unprecedented tensions with America. His government’s delayed reaction to the spread of the coronavirus has translated into China’s worst economic performance since it opened up its market four decades ago. Animosity festers against China all over the world for the lives, jobs and wealth destroyed by the pandemic.

Faced with these failures, Mr. Xi wants to be able to claim that, at least, he has taken full control of Hong Kong for the Chinese Communist Party, after years of what many of the party’s senior members think was far too tolerant a treatment of our city.

As that treatment hardens, though, the resolve of the people of Hong Kong to fight for our rights and our freedoms will only strengthen.

And as we enter this new phase of our struggle, we need the support of the West, especially the United States.

These measures stem from the right impulse, but some of their consequences must be carefully considered.

I hope, for example, that the United States government does not completely lift Hong Kong’s privileged economic status. The city needs those special ties, so it can keep standing apart from the mainland and have at least some economic edge over it. Removing those privileges would only make Hong Kong more dependent on China.

There are other ways to retaliate against China for its repression of Hong Kong: Revoking student visas for the children of both Chinese Communist Party and Hong Kong officials, and increasing scrutiny of party corruption abroad, for example. At the same time, granting rewards to Hong Kong people — including more immigration and visa privileges in the United States — would be an open rebuke to the Chinese government.

Fighting for Hong Kong isn’t just about saving Hong Kong or sending China a message. The longer the West supports Hong Kong while we, Hong Kongers, fight for the rule of law, for individual rights, for our freedoms — for freedom, period — the more the world will realize how distrust-worthy China is, how dangerous it is to peace in the world.

Making this truth apparent is not about starting a new Cold War with China. It is about bringing stability to the world so that the West can protect its own free way of life — and the rest of us can have a fighting chance at that, too.

Jimmy Lai is the founder and majority owner of Next Digital, which publishes the Apple Daily newspaper and Next Magazine in Hong Kong and Taiwan. @JimmyLaiApple 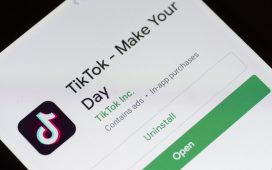 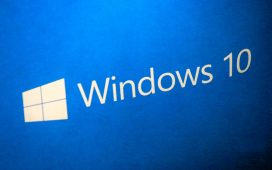