Per the DOJ’s press release, the filing of the charges is the product of a national enforcement action coordinated by the DOJ, the Department of Homeland Security, and the Federal Bureau of Investigation (FBI).

“These cases serve as a crucial reminder that some con artists hide behind trendy buzzwords, but at the end of the day they are simply seeking to separate people from their money,” said U.S. Attorney Tracy L. Wilkison for the Central District of California.

The NFT rug pull case involves Le Anh Tuan, a Vietnamese national who created the “Baller Ape” NFT collection. The 26-year-old is charged with one count of conspiracy to commit wire fraud and one count of conspiracy to commit international money laundering in the Central District of California in connection with the NFT collection, and could face up to 40 years in prison.

In total, Tuan and his team—”his co-conspirators”—obtained approximately $2.6 million from investors after ending the project and deleting its website after the first day of public sales of the NFTs. The DOJ notes that the case is its biggest involving NFTs to date.

The trio promoted EmpiresX, a digital assets investment platform, and an unregistered securities offering. They are being charged with conspiracy to commit wire fraud. The two Brazilians could face up to 45 years sentence, while Nicholas could face 25 years if convicted.

The defendant falsified the white paper of TBIS, planted fake testimonials on the company’s website, and fabricated business relationships with the U.S. Federal Reserve Board and several other entities, including Apple. If convicted, Stollery could face up to 20 years in jail.

Meanwhile, the last case is that of David Saffron, 49, of Las Vegas, Nevada, who owned the digital currency commodities investment platform Circle Society. Saffron lured investors with the promise of 500% to 600% ROI and a show of personal wealth. He could face up to 115 years imprisonment if convicted.

Significantly, the case against Tuan is only the second case involving an NFT rug pull the DOJ has prosecuted. Its first case was in March and involved the creators of Frosties NFT collection, who stole $1.3 million in investors’ money.

The enforcement actions filed emphasize the DOJ’s commitment to clamping down hard on malicious actors in the digital currency industry. According to a Bloomberg report, the department stated that it would be involved in international cooperation to pursue this aim. 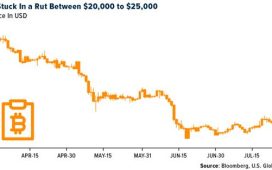 LBank Exchange Will List World Causecoin (CAUSE) on August 8, 2022 – StreetInsider.com 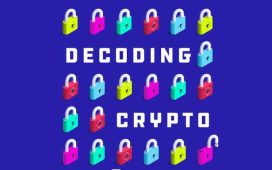