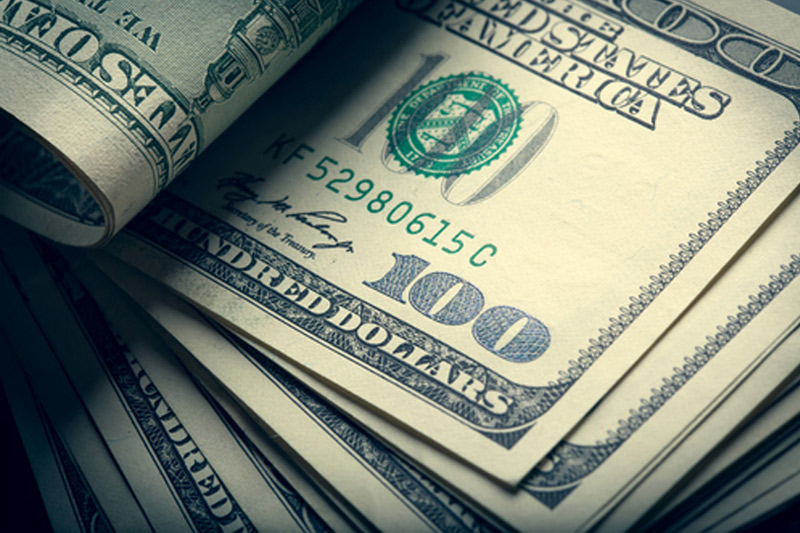 (Bloomberg) — After rocketing higher in March as the ultimate haven currency, the dollar is now headed for its worst month since the beginning of 2018, and many strategists see the sell-off continuing.

Negative real rates in the U.S., the relentless spread of the coronavirus in America and a pickup in global risk sentiment have seen investors hitting the eject button on long positions in the greenback.

With the Bloomberg Dollar Spot Index already down 2.4% in July, here is why strategists say it has fallen, and where they think it will go from here:

The dollar has seen continued selling during New York hours over the past few days, which is a negative sign for the currency, according to strategists including Geoff Kendrick. This implies that American asset managers have turned bearish on greenback while other currencies have performed well during their own local market hours.

The S&P 500 index rising above a key double top technical level signals further losses to come for the dollar, given that short-term correlations between stocks and the are at their most negative since 2016, according to George Davis, chief technical analyst. Recovering commodity prices also weigh on the greenback as the correlation between the two moved to the most negative in over two years.

The dollar is likely to decline after next week’s meeting of the Federal Open Market Committee, even as policy is expected to remain unchanged, according to strategists including Mike Schumacher. While a slight pickup in U.S. Treasury yields might cap gains against the yen and emerging markets, the euro and “dollar bloc” currencies are expected to benefit.

Bank of America (NYSE:) strategists have raised their year-end target for the euro versus the dollar to $1.08 from $1.05. “The key driver of a weaker USD remains buoyant risk appetite and the U.S. equity market specifically,” wrote strategists including Ben Randol and Athanasios Vamvakidis. Despite this, they retained an overall positive view on the greenback, based on the negative outlook for the global economy.

“We are in the weaker dollar ahead camp,” says George Boubouras, the hedge fund’s head of research in Melbourne. “We see the Aussie benefiting from this, and are targeting mid 70 U.S. cents as a sell,” K2 is currently long and have been adding to this position since the March risk-asset sell-off. “We see demand for greenbacks coming off on the Fed’s expanded balance sheet and ongoing fiscal stimulus.”

“U.S. exceptionalism has eroded, with perhaps only one pillar still standing — demand for big cap U.S. stocks,” says Stuart Simmons, senior portfolio manager at the Australian fund. “The U.S. no longer has a yield advantage, there’s no growth advantage with the recovery from the coronavirus likely to prove more challenging than other developed markets.” QIC sees the euro in particular as likely to benefit, with the 1.20 level as achievable by year-end.

“I’ve generally had a disposition for a few years to be a dollar bull but that has changed a bit this year,” says Stephen Miller, an adviser at the unit of Canada’s CI Financial Group. “The Fed has lowered rates, Europe seems to have gotten its act together on the fiscal front and the dollar is also suffering from completely dysfunctional politics in the U.S.” He sees the euro as the biggest likely beneficiary.