Domino’s Pizza will pull out of Scandinavia and Switzerland after sustaining significant losses.

Britain’s biggest pizza delivery company, which operates under licence from its US parent, will sell its 115 shops in Iceland, Norway, Sweden and Switzerland after a six-week review of its international operations.

The outgoing chief executive, David Wild, said: “Although the financial results have stabilised, the performance of our international business remains disappointing … We have concluded that, while they represent attractive markets, we are not the best owners of these businesses. The board has therefore decided to exit the markets in an orderly manner.”

This will leave the company with 1,172 stores in the UK and Ireland, and a minority shareholding in its German operation, which is run by the Australian franchisee Domino’s Pizza Enterprises. The UK firm formed a joint venture with DPE in 2015 after struggling in Germany.

The news came as Domino’s reported a 2.7% decline in international sales in the 13 weeks to 29 September, its third quarter, partly hit by a decline in tourist numbers in Iceland. The previous half-year results showed losses at operations in Iceland, Norway, Switzerland and Sweden more than tripled to £6.4m, dragging underlying group pretax profit down 7.4% to £42.3m.

Domino’s, which is looking for a new chief executive and a new chair, said the UK and Ireland remained “challenging and the consumer backdrop subdued”. With the 31 October deadline for Brexit looming, consumers and businesses are increasingly worried about the impact on the economy, jobs and incomes.

READ  Want to shop online? Best have a mobile signal

The company has been stockpiling ingredients in case a no-deal Brexit disrupts supplies. They include tomato sauce for its pizza bases from Portugal and other imported ingredients such as frozen chicken, tuna and pineapple.

Domino’s remains locked in a row with its 63 franchisees in the UK, who run almost all of its 1,118 stores, over their share of profits. The prolonged dispute, which will run into next year, has affected normal working practices, the company says, with a potential hit to sales. For example, some franchisees have refused to participate in national marketing campaigns.

Rachel Fox, an equity analyst at the Irish stockbrokers Goodbody, said: “Domino’s announcement that it is pulling out of international markets does not come as a huge surprise, albeit at an earlier stage than we expected. The international business has been increasingly loss-making over the years, due to factors including expensive labour and difficulties in grasping local consumer dynamics.

“In the UK, the focus will be on a resolution of the ongoing franchisee dispute, given it will need to drive sales growth in its domestic market. This is increasingly important [because of] competition from delivery services such as Just Eat and Deliveroo as aggregators continue to encroach on incumbents in this space.” 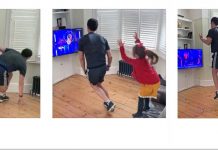 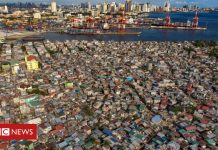 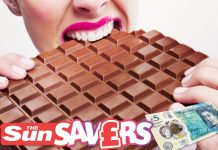 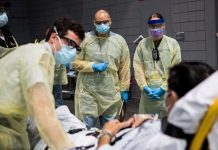 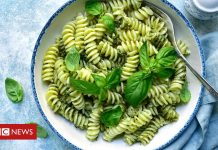 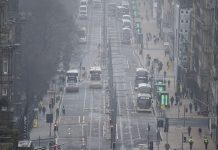 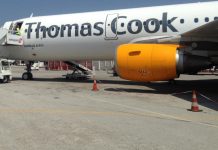