The stock market bounced around a bit on Tuesday, but by 12:55 p.m. EST it was little changed from the start of the day. The Dow Jones Industrial Average was down 0.09% at that time. The tariffs set to take effect on Dec. 15 are still on the schedule, although a postponement is possible.

Shares of Apple (NASDAQ: AAPL) were up on Tuesday after an analyst had positive things to say about iPhone sell-through rates this holiday season. Meanwhile, Microsoft (NASDAQ: MSFT) stock was roughly flat as Amazon (NASDAQ: AMZN) laid out its case for why the JEDI cloud contract was awarded unfairly.

While Apple may never sell quite as many iPhones as it did a few years ago, the iPhone 11 family appears to be doing better than last year’s effort. KeyBanc analyst John Vinh concluded from checks of carriers in North America and Western Europe that holiday iPhone sell-through this year was in line with historical levels. A price cut for the entry-level model is likely helping — the iPhone 11 goes for $699, compared to the $749 starting price of the last-gen iPhone XR. 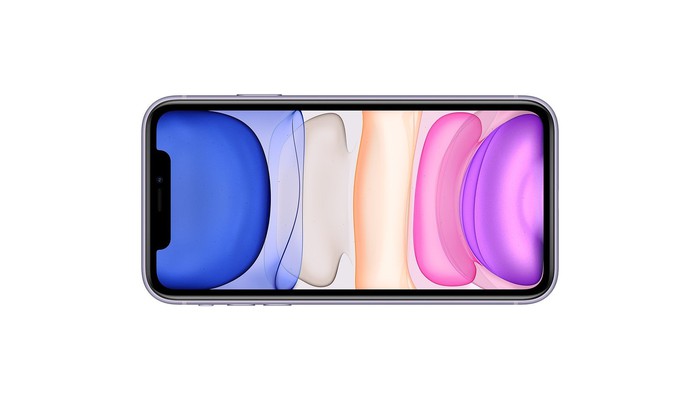 One thing that could help spur demand further is Apple’s move to offer interest-free iPhone financing to holders of the Apple Card. Starting today, an iPhone can be bought using an Apple Card and paid for in 24 monthly installments, free and clear from any interest. Apple is also offering 6% cash back on purchases at its stores through the end of the year with the Apple Card, up from the standard 3% cash back.

READ  DealBook Briefing: Tesla Is Raising Cash. It May Not Be Enough. - The New York Times

Apple stock was up 0.8% Tuesday, although another reason for the surge may be the expectation that tariffs set to go into effect on Dec. 15 could be postponed. Bloomberg reported on Tuesday that Chinese officials expect the U.S. to delay the new tariffs, which will hit smartphones and other electronic devices. There has been no announcement yet from the U.S.

With a solid holiday season likely in the cards for Apple, investors had no problem nudging up the stock.

Microsoft is full steam ahead on JEDI

Tech giant Microsoft is working at full speed on the JEDI contract, awarded to the company by the U.S. Department of Defense in October. Amazon was the front-runner for the deal, but the market leader in cloud infrastructure lost out to Microsoft in the end.

“We were working every day before we won that contract to make the product better. We have if anything been moving even faster since that contract was awarded,” Microsoft President Brad Smith said in a recent interview with CNBC.

This work is happening despite a challenge from Amazon, which believes the contract was unfairly awarded. The company spelled out its complaints late Monday, accusing President Trump of exerting “improper pressure” on the process, launching “repeated public and behind-the-scenes attacks” to prevent Amazon from winning the 10-year contract worth as much as $10 billion.

Amazon claims that Trump’s involvement made it impossible for the contract to be awarded fairly. The company called for a re-evaluation of the proposals and a new award decision.

The JEDI process was undoubtedly tinged by politics, but it seems unlikely that Amazon’s complaint will undo the DoD’s decision. Microsoft’s win, even with a cloud hanging over it, is proof positive that the company is a legitimate threat to Amazon’s cloud computing dominance.

Shares of Microsoft were essentially flat on Tuesday. The stock has soared about 49% since the beginning of the year.

10 stocks we like better than Apple
When investing geniuses David and Tom Gardner have a stock tip, it can pay to listen. After all, the newsletter they have run for over a decade, Motley Fool Stock Advisor, has tripled the market.*

David and Tom just revealed what they believe are the ten best stocks for investors to buy right now… and Apple wasn’t one of them! That’s right — they think these 10 stocks are even better buys.

Everything we know about the iPhone 12 lineup so far – 9to5Mac

Kremlin has its hands in the global internet, and it’s also trying to control cyberspace at home – Stars and Stripes

A Woman In A Man’s Car World, & Why The CleanTech Field Is So Much More Diverse – CleanTechnica

Life before the internet: How Leicester folk used to pass the time – Leicestershire Live

Apple will use big camera upgrades as major selling point for the next iPhone,...