The Dow Jones Industrial Average rose 100 points early Wednesday, as Netflix stock slid on earnings. Tesla earnings are due after the close, as the electric-vehicle giant approaches all-time highs.

Tesla (TSLA) rose 0.1% Wednesday, looking to rebound from Tuesday’s 0.7% loss. The EV giant is near record highs ahead of the company’s results after the close.

Among the top stocks to buy and watch, Advanced Micro Devices (AMD), Alphabet (GOOGL), CrowdStrike (CRWD) and Nvidia (NVDA) are in or near new buy zones.

After the stock market open Wednesday, the Dow Jones Industrial Average gained 0.3%, while the S&P 500 moved up 0.2%. The tech-heavy Nasdaq composite gained less than 0.1% in morning trade.

Stock Market ETF Strategy And How To Invest

The stock market rally continues to strengthen, as the Nasdaq and S&P 500 notched five-day win streaks Tuesday. All three major stock indexes — the Nasdaq, the Dow Jones Industrial Average and S&P 500 — are above their key 50-day moving averages.

Following last week’s significant market strength, this is an important time to read The Big Picture.

On Tuesday, The Big Picture commented, “Take a close look at the prior four sessions by the Nasdaq composite. You’ll see that each day since Oct. 13, the tech-enriched index closed at or very near its session high. Strong closes point to strong demand for stocks. And how about Tuesday’s session? No different. A daily chart also shows a gap between Monday’s intraday high of 15,026 and Tuesday’s intraday low of 15,049. Such gaps are bullish.”

American Express is just 1% away from a 178.90 buy point in a cup with handle, according to IBD MarketSmith chart analysis. Shares were flat Wednesday.

Dow Jones stock Verizon reported earnings ahead of Wednesday’s market open, while IBM will report after the close.

Verizon reported mixed quarterly results Wednesday morning, topping earnings estimates, but missing sales targets. Verizon stock rallied over 1% in morning trade, but is still sharply below its 50- and 200-day moving averages, about 15% from its 52-week high.

Ahead of Wednesday’s open, ASML reported better-than-expected third-quarter earnings, but missed sales targets and cut revenue guidance in the current quarter due to a materials shortage in its supply chain. Shares slid nearly 3% in morning trade. ASML shares are consolidating below their 10-week line.

Netflix shares slid nearly 3% Wednesday. They ended Tuesday out of the 5% buy area past a 593.39 buy point and near new highs.

IBD Leaderboard stock Advanced Micro Devices Tuesday broke out past a 114.59 buy point out of a double-bottom base and is in buy range. AMD stock rose 0.4% Wednesday.

FANG stock leader Alphabet looked to extend a win streak to six sessions Wednesday, but fell 0.3% Wednesday. The stock is back above its 50-day line and above a short trend line. Meanwhile, shares are approaching a 2,925.17 buy point in a flat base, according to IBD MarketSmith chart analysis.

Cybersecurity leader CrowdStrike is nearing a 289.34 buy point in a cup base after last week’s bullish retake of the 50-day line. Shares were up over 1% Wednesday. The stock is an IPO Leader.

Tesla stock rose 0.1% Wednesday, looking to rebound from Tuesday’s moderate loss ahead of the company’s third-quarter earnings after the close.

FactSet’s poll of analysts expects Tesla to earn $1.62 a share, more than double the year-ago period. They see sales coming in around $14 billion, 60% higher than last year.

Among the top Dow Jones stocks, Apple rose 0.2% Wednesday following Tuesday’s bullish retake of its key 50-day line. A new cup base is forming that has a 157.36 buy point, according to IBD MarketSmith chart analysis.

Software giant Microsoft rose 0.3% Wednesday, as the stock moves further above its latest buy point. The flat base had a 305.94 buy point.

Be sure to follow Scott Lehtonen on Twitter at @IBD_SLehtonen for more on growth stocks and the Dow Jones Industrial Average.

How To Research Growth Stocks: Why This IBD Tool Simplifies The Search For Top Stocks 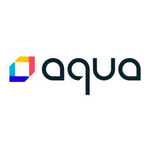