“Today, I’m going to do something that I don’t normally do,” the podcast host kicked off the episode. “I went up the hill, walking, and I’m going to run down and that’s because me running downhill is likely to be better for me than running up.”

From making you physically fitter to making your bones stronger, this simple activity offers a lot of benefits while remaining relatively easy.

What’s more, Dr Mosley explained that it can also improve your heart health.

He said: “You might think running up the hill is better for your health, but what I’m doing is known as eccentric exercise.

“As a part of the name, there’s nothing bizarre or weird about it.

“The fascinating thing is that it feels easier to go down.”

Although this activity might sound too good to be true, eccentric exercise and its associated heart benefits has been backed by research.

He said: “One of my favourite studies is one where people were asked to walk either up or down the stairs on a 10-storey building twice a week.

“As you’d expect, both groups saw improvements in many health outcomes.

“But amazingly, the group walking down the stairs were fitter.

“They had significantly greater improvements in resting heart rate, which is one way to measure overall health and fitness.

This means that the part of exercise “that feels the easiest” offers “greater” benefits for your heart rate.

How to perform eccentric exercise

Dr Mosley said: “You can do eccentric exercises in all sorts of ways from yoga to using weights, it is all about ensuring the active muscle is lengthening when under resistance.

“Now when we contract our muscles like a bicep curl, that is concentric exercise.

“When we lower the arm back down, that’s eccentric.

“Eccentric exercise is kind of like a secret workout that’s been hidden in your exercise regime all along.

“It’s the flip side of a lot of movements you’re already doing.”

The podcast host also recommended the so-called “sit stand” challenge if you need an inspiration for your eccentric routine.

He instructed to lower yourself into a chair. He continued: “Really slowly take three to five seconds, and then you stand up on both legs.

“If you’re feeling particularly energetic, you could try luring yourself into chair while standing on one leg.

So, if you want a healthy heart, Dr Mosley recommended adding eccentric elements into your routine.

‘I’m one of the lucky ones, I’m financially OK’: welcome to ageing Britain, where pensioners outnumber children

STI symptoms: Swelling one of the signs of an ‘on the rise’ disease, according to a doctor 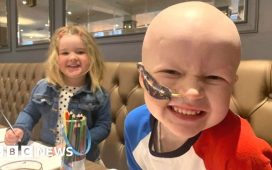 'He shouldn't have to be this brave at six years old' 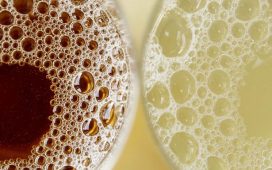 Bladder cancer: How to identify the signs of tumours in your urine 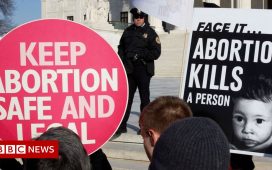