As of last month, Remote ID, a rule that would require unmanned aerial systems (UAS) in flight to provide identification information that could be received by law enforcement and other agencies, had not been finalized yet. This was a surprise to many and a group of solution providers have banned together and sent a strong request to the FAA.

“We urge the department to support a final rule that sets performance requirements, rather than specify particular solutions for Remote ID compliance,” said Linda Ziemba, CEO of AeroDefense. “Given Remote ID similarities and comparisons to Automatic License Plate Readers that face privacy challenges, I expect many hurdles to Remote ID implementation. I do agree the government should set performance specifications, not choose providers.”

The Association for Unmanned Vehicle Systems International (AUVSI) has joined with the Consumer Technology Association and the U.S. Chamber of Commerce’s Technology Engagement Center to encourage the U.S. Department of Transportation (DOT) to hold fast to the intended December 2020 release of the rulemaking on remote identification for unmanned aerial systems (UAS).

Luke Fox, WhiteFox’s CEO commented: “Remote ID will be a key component in any high fidelity airspace management and drone detection system as a key to unlocking the full potential and transparency in airspace.  When a drone is detected, is it operating within the law, what is its payload, how is it behaving, what is the history of behavior and what is the least amount of force needed to mitigate the threat?”

Eighty percent of controlled airspace under 400 feet is now controlled by LAANC, or Low Altitude Authorization and Notification Capability, a collaboration between FAA and industry. It directly supports UAS integration into the airspace. LAANC provides three significant data points:

With the UAS Airspace Data Exchange, FAA and companies approved by the FAA provide LAANC services, known as UAS Service Suppliers. These suppliers also provide desktop, mobile and embedded applications supporting LAANC. The FAA just published new airports with LAAANC, bringing the total to 726, as seen on this list.

Permissions and authorizations such as LAANC control the “good guys,” according to Ziemba. “Criminal or terrorist pilots will fly regardless, and airports and critical infrastructure providers will require drone detection systems to provide airspace awareness of all types of pilots,” she said.

People are at home more due to pandemic restrictions, and drone pilots are restless.

“Drones are being used by communications operators; activity is increasing. People are getting concerned with more drones around, not knowing their purpose,” Fox added. “We’ve seen an increase in suspicious drone activity at low altitudes, in hovering patterns, at unexpected times of day, like 3 a.m. over a suburban area. Where there used to be an increase in drone activity at evening times, especially “golden hour” sunset viewing, now there is more activity at all hours.”

For cUAS (counter UAS) technology, a strongly worded advisory has been issued.  According to the advisory, the Defense, Energy, and Justice departments, along with Homeland Security are the only agencies permitted to engage in UAS detection and mitigation activities, notwithstanding certain otherwise potentially applicable federal criminal laws. The departments and agencies issuing the advisory do not have the authority to approve non-federal public and private use of UAS detection or mitigation capabilities, nor do they conduct legal reviews of commercially available products’ compliance with those laws.

“United States drone flight and drone detection technologies are governed by federal law and informed by important policy considerations like air safety, national security, and privacy. To operate without triggering the need for authorization to operate, AeroDefense utilizes spectrum sensing to detect the presence of drone and controller signals and contains no mitigation technology at all,” Ziemba said. “An interesting lesson we learned when we recently received an Air Force contract to modify the AirWarden drone detection system for military use, is that many U.S. military deployments operate as humanitarian or peacetime initiatives. Because many U.S. military deployments are not based in warfare, allied countries want their privacy laws respected as well. AeroDefense finds itself uniquely positioned to locate the pilot and the drone without causing legality concerns – one of the main drivers of our collaboration with the U.S. Air Force.”

“Our ability to deploy over fiber connections is completely unique to the counter-UAS market and optimal for smart airports and cities and large areas in general,” Ziemba explained.

AirWarden has been deployed in the congested RF environment of MetLife Stadium since 2018 and was recently successfully tested in New York City’s Times Square. Earlier this year, the National Institute of Aerospace selected AeroDefense for their inaugural Smart Airport and Aviation Partnership Flight Plan Accelerator program.

WhiteFox has won multiple Association for Unmanned Aerial Vehicles International (AUVSI) XCELLENCE awards 2 years in a row, providing both a wearable device like Scorpion that can automatically mitigate drones using intelligent RF analysis, as well as DroneFox Mobile, a larger product with longer range that provides users with the ability to identify the intent of drone operators when flying in restricted airspace. The company’s WISDM solution provides a digital, always changing license plate for drones that ensures only authorized drones are allowed to operate in sensitive airspace. Each drone is assigned a digital ID that is secure from hackers, offering security, accountability, and trust to a drone airspace that today contains millions of unregistered and unaccounted for drones.

“Drone detection is a big data issue,” Luke Fox explained. “Drones and drone detection products are being made more successful – there is so much data – more actionable data and better reports.”

With WISDM, a concise risk profile is created of a great amount of data: Drone behavior, historical activity of drones in an area, size, density, payload capacity, whether the pilot is moving, and more.

Drones are also being used for intelligence, surveillance, and reconnaissance (ISR) by malicious actors.  In an act of premeditation, the Christchurch NZ gunman flew a drone over the mosques with to10 weeks before he would open fire and kill 51 people in March 2019.  He launched the rogue ISR drone out of a park, just across the road and deployed it to see how people flowed through the area. 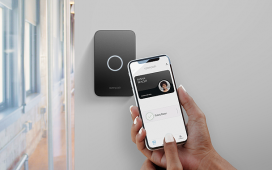 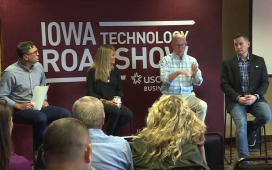