NEW DELHI: Drug makers importing medicines may soon have to pay the government up to five times more to register their products here and get their overseas manufacturing facilities audited by the Indian regulator. The move aims to increase domestic manufacturing of medicines.

India’s current charges are a lot less than what Indian drug makers pay in other countries.

After a meeting between the Central Drugs Standard Control Organisation and industry stakeholders in August, the ministry is once again mulling a hike in fees for several regulatory submissions for foreign drug makers, said two senior health ministry officials. A similar move was suggested in December 2015 as well.

“All stakeholders present agreed, in principle, to a hike in fees (as per the 2015 draft notification),” stated a document that ET has viewed.

“Members also stressed (the need) to revise fees periodically after three years, instead of 15 years. The proposal for amendment in rules is under process.” Revision of fees is necessary, as rates have not been updated for more than 15 years, one of the officials said.

“India charges much less than other countries for regulatory licences,” the official told ET, on condition of anonymity. “Now, the Indian regulator will be at par with world regulators (in the fees that it charges).”

The health ministry is expected to soon release a draft proposing higher fees for import licences, registration certificates for manufacturing sites overseas and CDSCO’s inspections of these sites, said the official.

For instance, the ministry is planning to increase the fees to register one manufacturing site to $10,000 from $1,500 currently. It has proposed that the fee for a registration certificate for one product be hiked to $5,000 from around $1,000 now and make it valid for three years, the second official said.

This fee increase will impact imported products and may be perceived as a tariff barrier, said A Vaidheesh, president, Organisation of Pharmaceutical Producers of India. 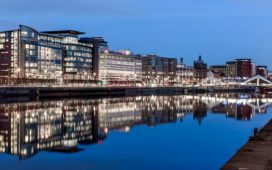 From loo rolls to fashion: how to spend your cash more ethically