MENLO PARK, Calif. — Virtual reality was going to be the next thing, until it wasn’t. And then it was.

Facebook’s Oculus Quest was a surprise, hard-to-get VR hit of the 2019 holiday season, a $400 headset that for the first time wasn’t connected to wires or a PC. Gamers and parents of gamers scrambled to buy a unit, only to be told that Facebook was backlogged and couldn’t ship units until February.

Cut to February, and Facebook has been hit with a double whammy. Not only is it still behind, but now the coronavirus’ effect on production and shipping in China has made the situation worse, slowing down logistics even more.

“The coronavirus has been a wrinkle all companies are facing,” says Sean Liu, a product manager for Facebook. “So we’re all working through it.”

As of today, consumers can’t even buy new units of the Quest. Purchase buttons on Facebook’s Oculus website are grayed out, and retail partners like Amazon and Best Buy aren’t taking new orders either.

The only way to buy: Pick up a used Quest on eBay or elsewhere, where they sell for substantially more than retail, near $700. 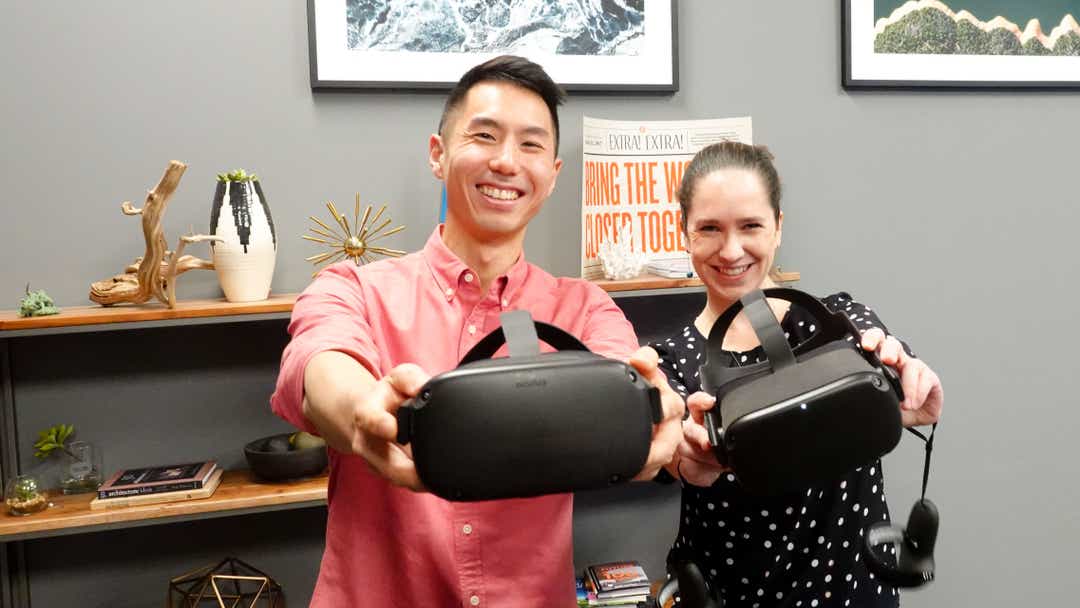 Invest: Facebook has spent billions on virtual and augmented reality. How will it all fit together?

What are readily available are games for the system. Oculus has over 100 available Quest titles at the Oculus store, ranging in price from $14.99 to $29.99. A new title, a documentary about Mount Everest, is out today.

How to explain the huge popularity of a genre that had been waiting to take off for four years?

It was a combination of factors, says Liu. “We focused on that sense of immersion and brought it to a new form factor,” a VR headset that didn’t have to be connected to a computer. “And we got the right price point.”

And by the time Quest was released, there were enough games in the store to attract interest.

“At Christmas, we had one day where we sold $5 million worth of games,” he says. “That shows not just how we’re doing, but how developers are doing, and that people are responding to the games. That feels really good and positive.” 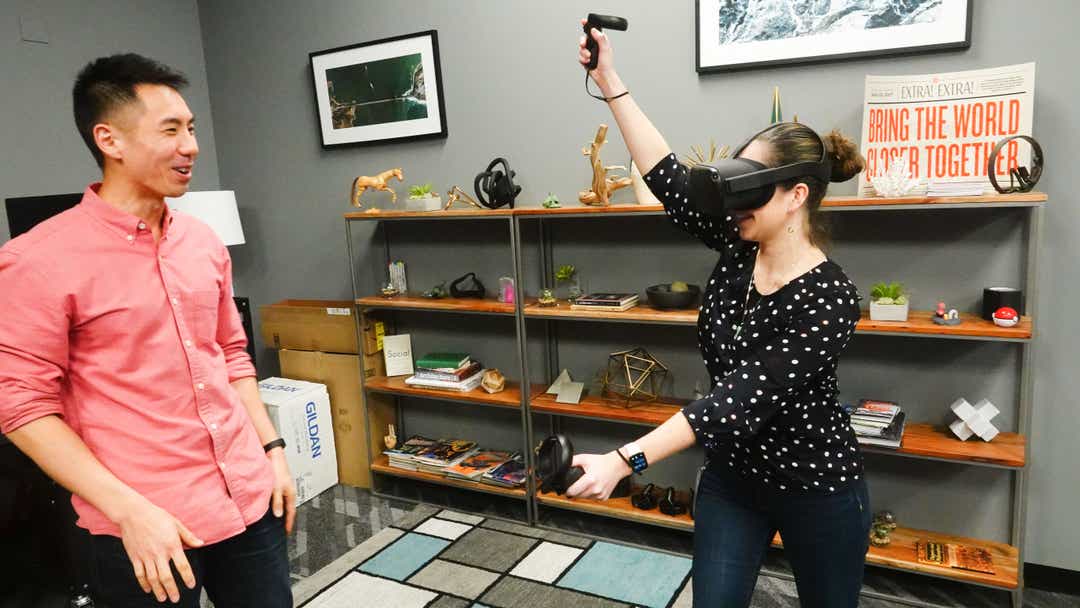 The initial idea was to appeal to gamers and expand from there, says Meaghan Fitzgerald, who runs marketing for Facebook’s augmented reality and VR content.

“We wanted to focus on the sense of immersion and bring VR to a new form factor,” she says. “We start with games, and move into other use cases as well.”

She mentions a test Oculus did in September with singer Billie Eilish, that had the pop sensation’s Madrid concert broadcast in VR, via the Oculus Venues app.

Friends could see their avatars in the front row and communicate with one another with high fives and the like. “You get to hang out with people who are on another side of the world,” says Fitzgerald.

This is part of the new Facebook Horizon VR social network being launched this year, which the company describes as “an ever-expanding VR world where you can explore, play, and create in extraordinary ways. At first, people will hop into games and experiences built by Facebook, like Wing Strikers, a multiplayer aerial experience.” More concerts are expected as well.

READ  After the holidays, your Christmas trees can be a gift to goats

Oculus just added a new feature in beta, hand tracking, which lets you ditch the controllers and wave your hands for a different feel to gameplay. This can be found in the experimentation mode within the app. Users will need to update their software.

You can currently use your hands to navigate and interact within Quest’s Home interfaces like Library and Store plus in select first-party apps like the Oculus Browser and Oculus TV. We rolled out a developer toolkit so that more devs can build hands into their apps and experiences, so we expect to see more apps support it this year.

The hand tracking feature “will let people be more expressive in VR,” Facebook noted in a blog post announcing the initiative. “Hand tracking on Quest will also reduce the barriers of entry to VR for people who may not be familiar or comfortable with gaming controllers.”

Beyond games, Oculus offers National Geographic tours of Machu Picchu and Antartica, which lets you use the VR features of looking up, down, to the left and right and seeing more of the image than the static one we’re accustomed to.

Another recent release brings Quest users to France and historic Notre Dame, which has been closed since an April 2019 fire. It’s a traditional documentary that happens to be in VR, bringing folks inside the cathedral to see Notre Dame before and after the fire.

The ultimate goal for Oculus, beyond getting units into customers’ hands, is to eventually ditch the headset altogether for a light pair of glasses within the next five years. “We want you to be able to wear it for long periods of time, and be seamless,” says Liu. “That’s the dream.”

Fifty years of US policy come home to roost

Cut off because of coronavirus? Connect with Marco Polo walkie-talkie video app

Here's how to use your $1,200 stimulus check from the government's coronavirus relief package

Tight budget? Here are the best foods to stockpile in a coronavirus quarantine

Can the world afford stimulus on this scale?

How many more US jobs will be lost as coronavirus spreads?

China and the US must fight Covid-19 together

US to slap tariffs on all Mexican goods from June