Think of the worst place on our planet. Contemplate the many ‘crap towns’ of the UK.

All of these grim locations will start to seem pretty damn lovely if compared to the awe-inspiring dreadfulness of Venus.

This hell-world is Earth’s ‘twisted sister’ with conditions so grim they make cities like Hull or Huddersfield seem like veritable paradises.

On Venus, clouds of sulphuric acid skud through a yellowish sky, while the red-brown surface is hot enough to melt lead.

But it wasn’t always so grim.

Scientists have claimed that our neighbouring planet was once rather pleasant, with shallow oceans and conditions which may even have supported alien life.

Michael Way from The Goddard Institute for Space Science has created a series of simulations which suggest Venus was habitable for between two and three billion years.

Then some 700 million years ago a ‘dramatic transformation’ changed the climate and ‘resurfaced around 80% of the planet’.

This cataclysm is believed to have taken place during an ‘outgassing’ event which caused carbon dioxide to gush into the atmosphere and sparked a runaway greenhouse effect.

‘Venus currently has almost twice the solar radiation that we have at Earth. However, in all the scenarios we have modelled, we have found that Venus could still support surface temperatures amenable for liquid water,’ said Way.

‘Our hypothesis is that Venus may have had a stable climate for billions of years. It is possible that the near-global resurfacing event is responsible for its transformation from an Earth-like climate to the hellish hot-house we see today.’

There are still ‘two major unknowns’ that need to be addressed before we can say if Venus was habitable.

Firstly, we need to know whether liquid water was ever able to exist on its surface in the first place. Then we need to decide if the global resurfacing event was a single event or caused by a long chain of slow-motion disasters.

‘We need more missions to study Venus and get a more detailed understanding of its history and evolution,’ said Way.

‘However, our models show that there is a real possibility that Venus could have been habitable and radically different from the Venus we see today. This opens up all kinds of implications for exoplanets found in what is called the ‘Venus Zone’, which may, in fact, host liquid water and temperate climates.’ 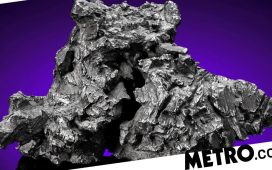 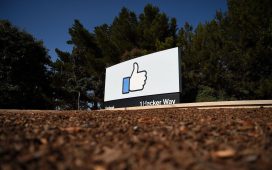