Eating out goes off customers’ menu as slowdown bites

NEW DELHI: The eating-out business is feeling the heat of a slowdown as restaurant chains and industry insiders are talking of tough times with customers choosing to cut back on such spends. Industry observers said the slump in sales exists across formats such as value and standalone and premium dining formats and has continued since April or even earlier.

“There’s clearly a downturn and business is not looking good in most segments. Same-store sales growth is negligible or even negative in some cases. When a general slowdown happens, eating out is discretionary and is the first to be hit. The bars and top-end restaurants are totally discretionary,” said Anurag Katriar, CEO of Degustibus Hospitality and the president of National Restaurant Association of India (NRAI), which represents over 5 lakh restaurants in the country.

Katriar said business has been static for most of the brands of Degustibus and September isn’t looking up either. Degustibus runs brands such as Indigo Deli, Tote and Dakshin Rasoi.

Westlife Development, which runs McDonald’s in the South and West, saw its consolidated net profit decline over more than half in Q1FY20 to Rs 5.77 crore from Rs 11.6 crore compared with the same period last fiscal. Its same-store sales growth fell drastically to 6.7% against a high of 24%. Jubilant FoodWorks, which operates Domino’s Pizza and Dunkin’ Donuts, posted a drop in its consolidated net profit at Rs 71.48 crore in the April-June quarter.

Analysts had said same-stores sales slowed down in the quick service restaurant (QSR) segment because of lower discretionary spending, high competitive intensity and discounting by online food delivery aggregators such as Swiggy and Zomato.

Jubilant’s chief executive Pratik Pota had said in a post earnings call that there is a pressure that everybody has been experiencing on dine-in. “There is overall dampening of consumer sentiment, lower spending on discretionary categories, and growth of delivery driven largely by aggregators,” he had said.

Rahul Khanna, director of Azure Hospitality, which has 40 pan-India outlets and runs brands such as Mamagoto, Rollmall, Foxtrot, Speedy Chow and Sly Granny, said there’s a blip in business and regulatory issues in cities like Bengaluru have made the problem more pronounced.

“The economic scenario has had an impact and there are other local issues. For instance, Bengaluru has seen a big slowdown because of an irrational music ban imposed by the authorities. On an average, sales are down by about 10%,” he said.

Pradeep Shetty, joint honorary secretary at Federation of Hotel and Restaurant Associations of India (FHRAI), said average samestore sales were down by as much as 25% across formats such as bars, casual dining and cafés since February or March.

“There have been occasional spikes but the overall situation is dismal. Spending has gone down,” he said.

“There is definitely a slowdown across the board. We have some luxury restaurants and experiential dining spaces which are relatively immune to a general downturn trend as they cater to customers who are generally resilient. But, that’s a small percentage. Our pub formats have seen a dip,” said Chandra. “For some brands that are not QSRs in the industry, top line sales are down by nearly 20% compared with last year. That’s quite a dip.”

11m UK households in line for £100 savings on energy bills 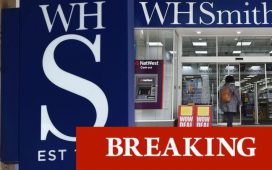 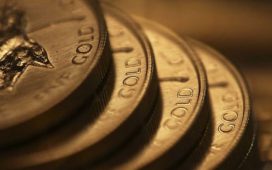