A depressing consensus prevailed among economists at the recent American Economic Association annual meetings: the developed world is stuck with low growth, low inflation and low interest rates for years to come. Even worse, there is no consensus on why.

Supply and demand for goods and services are basic economic concepts. But when it comes to interpreting shocks to either in the real world, things get murky. Some economists blame prevailing conditions in the industrialised world on flagging supply, others on weak demand.

The supply siders argue that demand in the American economy is robust, propelled by a strong labour market. There is some evidence for this in the US, where unemployment has fallen to 3.5 per cent. The employment-to-population ratio, a measure comparing those employed to the total working-age population, is at its highest level since the dotcom era for those between 25 and 54 years old.

There are only two ways to boost potential growth: increase the number of workers, or improve workers’ capacity for production through technological advances. While unemployment is low, the labour force participation rate has been declining. The burden for boosting productivity and potential growth therefore falls mainly on technological innovation. Trend growth is weak, supply advocates say, because low productivity growth keeps companies from being able to supply enough goods and services.

Another group disagrees with this supply side analysis and blames the economic environment on weak demand. They subscribe to the theory of secular stagnation, resuscitated by former US Treasury secretary Lawrence Summers. Secular trends in industrialised countries — such as ageing populations and rising inequality — have caused desired savings to increase above the level of investment. This pushes down interest rates, giving central banks less room to cut rates to encourage consumption and investment.

Evidence of a savings glut and dearth of demand abounds. If the labour market were near full employment and supporting consumption, wage pressures should mount. Yet average hourly earnings growth remains below previous cycle peaks. If there were demand for new investment, we would not see savings flow into existing capital in the form of share buybacks and higher dividends.

So, do we have a supply problem or a demand one? The answer is probably both. A lack of demand could prompt companies to cut back on investment, which would undermine productivity and supply. One data point suggests that the demand-side effect may be stronger, however. When there is a negative supply-shock in the economy, inflation should accelerate. Instead, the industrialised world has witnessed feeble inflation since the financial crisis.

The good news is that both sides tend to agree on potential solutions. It starts with the view that central banks cannot carry the entire load, so fiscal stimulus should be deployed as well. On the supply side, governments could support research and development and improve education and skills training to boost productivity growth.

Public investment could also stimulate aggregate demand by addressing some of the structural drivers of secular stagnation. Stronger social insurance could reduce the propensity for people to hoard savings. Not all public investment need blow out the budget deficit. For example, a more progressive tax agenda could mitigate rising inequality.

The task now is for governments, whether they believe in the supply-side or demand-side arguments, to accept the role they must play. That, or accept the consensus that the current economy is as good as it gets, and the risk is on the downside.

The writer is a senior fellow at Harvard Kennedy School 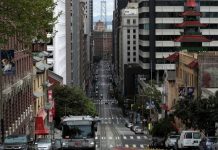 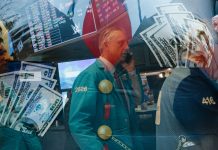 A Rush to Stocks, Driven by Bargains and Bravery 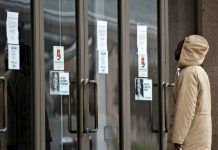 Match launches app feature to help you plan dates, find out what to wear...

How a booming US economy can cost Trump his presidency

Chicken and waffles arrive at KFC nationwide through Dec. 31