Edinburgh’s Grassmarket area used to be infamous for deprivation and decline, but longtime resident Sean Bradley says the community that lives around the historic square now faces a bigger problem: tourism.

Soaring visitor numbers and a dramatic increase in the number of hotels, hostels and holiday flats have made life in the gentrified area “intolerable”, said Mr Bradley, a local for more than four decades.

“The Grassmarket had a reputation, but it was a far more convivial community in those days,” he said. “Now the community is almost gone.”

Such complaints have become a pressing political issue in Scotland’s capital. In recent months, city authorities have proposed unprecedented regulation of holiday lets and the UK’s first “tourist tax” — measures that could make Edinburgh a test case for other British cities struggling to cope with mass tourism.

Councillors this month backed calls for new powers to impose a licensing regime on short-term lets, such as the holiday flats marketed on Airbnb and other websites. Any property rented out for more than 45 days in a year would have to sign up to the scheme, which would allow local authorities to impose safety checks, choose what kind of properties could be rented, and place a cap on numbers.

The regulations would be tougher than proposals from Airbnb to limit the time Edinburgh properties could be let out to 90 days, plus the peak summer festival periods. The company imposed similar curbs in London last year.

The plans have caused dismay among some landlords, who complain the council is already using existing rules to crack down on their operations.

The Association of Scotland’s Self-Caterers said there was no evidence of the need for a “draconian and restrictive licensing system”.

But supporters of the measures say the rapid growth of short-term lets, particularly in Edinburgh’s historic Old Town and neighbouring 18th- and 19th-century New Town, means action is urgently needed.

Bookings for Edinburgh properties through Airbnb alone soared 70 per cent in 2017, accounting for more than 1.1m overnight stays and 20 per cent of the capital’s overall accommodation market, according to real estate advisers Colliers International.

Property company Rettie has estimated around 10 per cent of traditional private rented sector properties have shifted to Airbnb-type lets in the last four years. Many blame the change for a steep rise in house prices that has pushed out longstanding residents.

“We simply cannot allow our communities to be hollowed out in this way,” Kate Campbell, a Scottish National party councillor in Edinburgh, said earlier this month.

Many residents say holiday lets are also undermining quality of life, particularly in Edinburgh’s traditional tenements, with their shared stairwells and centuries-old floors and walls.

Samuel Piacentini, co-chair of the Old Town Community Council, says that of 12 flats in his stairwell, only two are now home to permanent residents.

“It’s like living in a permanent hotel,” he said. “We had a situation where one of the flats should only have two people in it but had six, partying and vomiting in the stair.”

Mr Piacentini said Edinburgh needed to rethink its embrace of unlimited growth in tourism as a vital driver of the economy. The city expects capacity at hotels to grow by 1,960 rooms between 2017 and 2020.

Adam McVey, a Scottish National party councillor who is leader of Edinburgh City Council, insisted the capital was “coping well” with the tourist influx and that its summer status as a “chaotic artistic cultural hub of the world” was something to celebrate.

But Mr McVey is pushing forward with plans for the UK’s first local government “Transient Visitor Levy”, or tourist tax, to be paid by hotels, hostels and holiday lets.

Research for the council suggests a charge of £1 per person per night could raise more than £11m a year that could be spent to improve infrastructure while easing associated problems such as rubbish collection and overcrowding.

The council administration, a coalition of the SNP and Labour, has waved aside complaints from the hotel sector that it already faces relatively high rates of VAT and other taxes.

“In Edinburgh we have some of the highest occupancy and room rates anywhere in the UK . . . [the hospitality sector is] doing very well out of the tourist economy,” said Mr McVey.

An Airbnb spokesperson said: “We want to be regulated . . . and will happily support the introduction of a tourist tax.”

Yet councils elsewhere in Scotland have backed Edinburgh’s call for tourist tax powers — and blocking them would risk reinforcing the SNP government’s reputation for centralising power rather than handing it to local authorities. 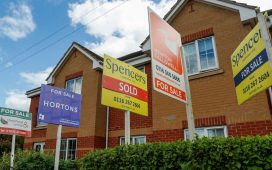 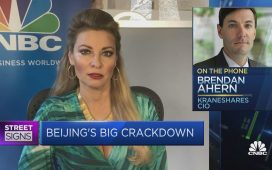 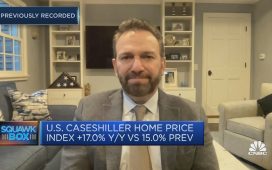