KOLKATA: EEPC India on Wednesday opened its technology centre in Kolkata, the second such facility for helping engineering exporters, particularly in the MSME sector, to scale up on the technology-led value chain to compete in the global market.

Appreciating the efforts of EEPC India in augmenting the engineering exports despite the tumultuous period in global trade, commerce secretary Dr Anup Wadhawan urged that technology centre should try to be associated with as many R&D Institutes possible and avail of their expertise to produce niche product.

He said that technology initiatives taken by the organisation and the state-of-the-art infrastructure installed in the technology centres in Bangalore and Kolkata would go a long way in helping the overall engineering industry especially the MSMEs. In this context, he emphasised that MSMEs contribute a huge share to global trade and major multinationals all over the world. Benchmarking Apple Inc. which started from a garage, he invited the Indian industry to come forward and encouraged EEPC India to provide the forum to help the Indian engineering MSMEs to excel and compete at the global level.

Inviting Industry Inputs on new Foreign Trade Policy, he mentioned that the government is exploring set of WTO compliant benefits in lines of the scheme for Rebate on State and Central Taxes and Levies (RoSCTL) which is provided to the textile sector.

The Bengaluru centre had already been made functional in 2017 and is helping the exporters to scale up their technological capabilities. Dr Wadhawan said in case of engineering exports, it was found that around 93/94 per cent were low- to- medium value added products. ” This consistently erodes India’s engineering export base as neither the cost of raw-material nor labour remained cheap in India”. Thus, it was thought prudent to facilitate the MSMEs to upgrade/develop technologies in collaboration with R&D labs, technology institutes so that they can move up the value chain, he said.

In his welcome speech, Mr Sehgal said such technology centres are the first of its kind initiative among the country’s export promotion councils in different verticals.

He said, though Indian engineering exports continue to remain dominant position, accounting for about one-fourth of the country’s total merchandise export basket, ”our position in the global exports remains stagnant between 0.8- 1 per cent over the last 10-15 years, since majority of our products are from low and middle level of the value chain”. Mr Sehgal said, this position needs to be reversed and the process would be helped by the technology centres.

Mr Mahesh Kr Desai, Senior Vice Chairman and Chairman of the Committee on Technology Centre, R&D, TUFs, EEPC India said the technology centres are helping MSMEs scale up to Industry 4.0 through 3D printing and other IT enabled tools and capabilities. ” These are culmination of our engagement efforts with the Office of Principal Scientific Advisor to Prime Minister through conducting technology seminars in identified industrial clusters”, Mr Desai said. 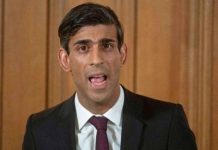 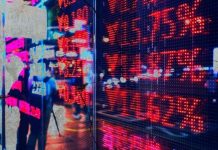 Nissan seeks to block former chairman Ghosn from his apartment