Eight of the best places to retire abroad

This Central American country has arguably the best benefits for foreign retired people in the world, with large discounts on everything from cinemas, restaurants and concerts, to phone and water bills. There’s also a property-tax exemption.

Other living costs are low with beer just over £1 a pint and a three-course restaurant meal for two costing around £30. Panama has an extremely well-regarded, inexpensive health system, too.

With two long coastlines, Panama has numerous seafront locations that would suit retirees, with excellent beaches and plenty of facilities. Coronado in particular is a popular choice as it has a good infrastructure.

Things to consider when choosing where to retire abroad

With a beautiful, varied landscape, taking in everything from dense rainforests to sandy beaches, you can live here for around half as much as it would cost in the UK.

It’s a country that’s reasonably easy to get into, too, with the Malaysia My Second Home programme granting residency permits that last ten years, provided you fulfill certain modest criteria.

Penang is popular with foreign pensioners and has a lot of culture, from several museums to free summer concerts, and a strong restaurant tradition. You can rent a three-bedroom flat in the city centre for around £400.

The modern infrastructure, very low cost of living and no tax on foreign retiree income are among the many attractions of this Asian country.

It also has stunning jungles, mountains and plenty of employment opportunities for those looking to supplement their pensions, in areas such as language schools and the tourist industry.

An equatorial latitude and range of settlements lying several thousand feet above sea level mean that much of this country has a year-round mild climate.

Foreign retiree benefits include half-price public transport and access to a national health-care plan for less than £60 a month.

Cuena is a particularly attractive colonial city, with old Spanish buildings, a host of independent shops and restaurants, and a large expat community. English is not widely spoken in Ecuador, however, so it helps if you can speak Spanish.

English is the official language in this former British colony in central America, so though it’s a developing nation with limited infrastructure and a modest standard of living, it’s possible to feel relatively at home here.

The coastal seas feature huge reefs and lagoons, and the interior has vast forests full exotic wildlife such as jaguars, iguanas and monkeys.

Informative, in-depth and in the know: get the latest money news with Saga Magazine.

Enjoy a beachfront, retired life of something near luxury on little more than a modest pension on this Caribbean island, with private villas available in the vibrant community of Las Terrenas, which has a wide mix of British and European ex-pats, for around £200,000.

Among the beautiful natural highlights of this lush, mountainous island is Pico Duarte, the highest peak in the Caribbean, at more than 10,000 feet.

Though its economy and property prices took a serious tumble after the 2008 financial crisis, Spain is now one of the fastest-growing economies in Europe. But you can still pick up a house or apartment for considerably less than they cost at the peak of the Spanish property boom, so there’s real value for money to be found.

The warm, pleasant climate remains the same as ever and there are numerous areas that are full of British retirees, particularly along the Mediterranean coast.

Rediscover the essence of the Costa Blanca with a stay at the Gran Hotel Delfin Find out more here.

One of the cheapest places to live in Western Europe, with three-bedroom apartments on the Algarve available for less than £500 a month.

And cheap certainly means cheerful for retirees, with a host of lush golf courses, stunning countryside, and picturesque towns and villages.

The long Atlantic coastline has numerous sandy beaches, more than 300 of which have a Blue Flag award, and the Algarve has more sun each year than California. 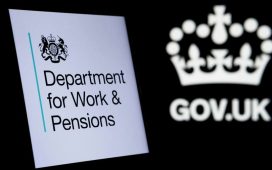 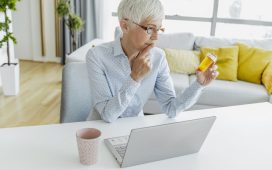 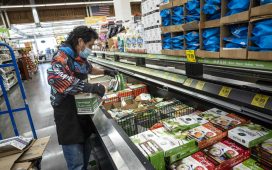