US Senator Elizabeth Warren likened cryptocurrency trading to the “Wild West” and argued that regulation for often volatile currency market was necessary.

Ms Warren made the comments on Wednesday to Bloomberg TV following a meeting of the Senate Banking Committee to discuss digital currencies.

“We had a chance to talk with experts, bring in a lot of senators around it, but the bottom line was that what’s happening right now in cryptocurrency like Bitcoin and Dogecoin, it’s a Wild West out there, and it makes it not a good way to buy and sell things, and not a good investment, and an environmental disaster,” she said. “So do we need some regulation around this? You bet we do. “

Cryptocurrencies like Bitcoin and Dogecoin are volatile by nature, with enormous swings in valuation based on some seemingly unrelated market stimulus not at all uncommon.

When Tesla CEO Elon Musk appeared on Saturday Night Live last month, he had already been pumping up Dogecoin for weeks. The meme-coin saw explosive growth as Mr Musk’s faithful hung on his words and purchased the cryptocurrency.

Then, during his SNL appearance, Mr Musk and his mother joked about the coin, calling it “a hustle” and suggesting it would be a bad Mother’s Day gift. Just Mr Musk’s slightly negative mention of the coin send investors scrambling to sell.

Dogecoin dropped 40 per cent as a result, but only after it gained 12,000 per cent from the start of the year.

Bitcoin took a similar hit in popularity – also caused in part by Mr Musk – when the Tesla CEO stopped accepting Bitcoin as payment for his electric vehicles.

Mr Musk turned away the digital cash over concerns that Bitcoin, specifically its “mining”, is bad for the environment, a sentiment shared by Ms Warren and many other critics of the digital currencies.

Put extremely simply, computers with high-end graphics cards and processors are used by Bitcoin “miners” to perform powerful computations that verify the legitimacy of Bitcoin transactions. Upon processing a certain amount of data, Bitcoin miners may be rewarded with a portion of a Bitcoin.

There is some competition between miners, as only the first to show a “proof of work” – essentially guessing at a code – will receive their share of the Bitcoin.

Because the proof of work is essentially just a machine guessing at a code, the faster it can process guesses, the more likely it is to be the first to arrive at the right conclusion. As a result, some Bitcoin miners have set up elaborate rigs to maximize their computing power in the hunt for Bitcoin.

But massive computer power requires massive amounts of electricity, which can then have a massive impact on the environment. In China, where Bitcoin mining is popular, it is estimated that 60 per cent of crypto-mining rigs are powered by coal.

According to the Cambridge Bitcoin Electricity Consumption Index, the coin uses more power than all of Sweden and Malaysia.

In addition to its environmental impacts, due to the intentionally anonymous nature of Bitcoin transactions, it has become the currency of choice for criminals and hacker groups using ransomware to hold data hostage.

The hackers who took down the Colonial Pipeline demanded their $2.3m ransom in Bitcoin, though the feds eventually recovered most of it.

Ms Warren said the potential use of Bitcoin as a criminal currency was yet another reason it had to be brought to heel by the government.

“Cryptocurrency has created opportunities to scam investors, assist criminals, and worsen the climate crisis,” she said. “The threats posted by crypto show that Congress and federal regulators can’t continue to hide out, hoping that crypto will go away. It won’t. It’s time to confront these issues head-on.” 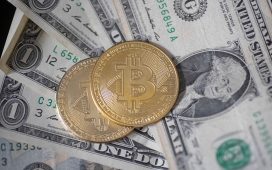 13% of Americans traded crypto in the past year, survey finds – CNBC 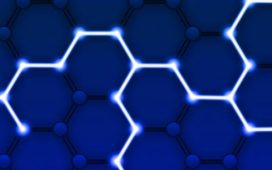 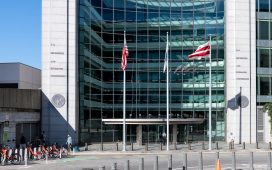