Embrace rise of the robots or Britain will fall behind in the global tech race, warns the CBI

It might conjure up images of robot overlords seizing control of the planet.

But unless we learn to love artificial intelligence, lobbyists warn, Britain will fall behind in the global technology race.

The Confederation of British Industry says UK companies should boost their productivity by embracing AI, which can carry out a huge range of repetitive tasks from analysing legal documents to detecting financial fraud. 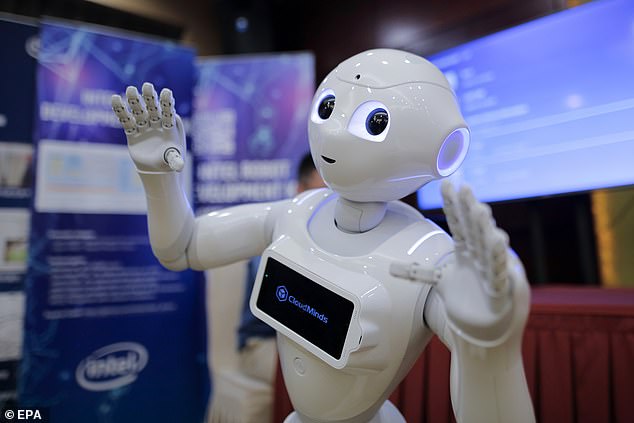 Robot friends: The Confederation of British Industry says firms should boost their productivity by embracing artificial intelligence, which can carry out a huge range of repetitive tasks

But the CBI says mistrust in robots could mean the country misses out on a £232billion economic boost.

It is encouraging firms to harness computing power by working with staff, and explaining how data is used to customers.

Felicity Burch, CBI director of digital and innovation, said: ‘At a time of slowing global growth, AI could add billions of pounds to the UK economy and transform our stuttering productivity.

‘With the global tech race heating up, the UK is well placed to lead the world in developing ethical AI, which uses data safely and drives progress in business and society.’

Experts have previously warned that huge numbers of workers will become redundant due to the rise of the machines.

A taxpayer-friendly interface for India Inc: Is it tough proposition?

The end of current accounts with benefits? This is Money podcast

A Technology Index With a Difference

Kunal Bothra’s top 3 trading picks for the week ahead

Macquarie, JPMorgan see over 80% upside for YES Bank; stock up