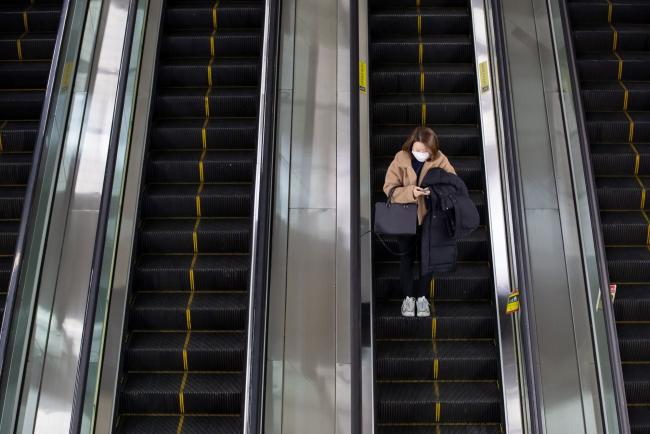 (Bloomberg) — Not long ago, the idea of a 10% drop in the markets seemed remote — much less anything more. But in a world struggling to deal with the fast-spreading coronavirus, talk of a 20% decline is starting to emerge.

The MSCI all-country global index has dropped more than 7% over a six-day run, and the was above 30 as of 8 a.m. New York time Thursday as S&P 500 futures tumbled. The dropped below 1.30%, remaining in record-low territory.

A correction for the , often defined as a 10% drop from a recent high, isn’t so far away. And a 20% drop to a bear market, which if measured from the Feb. 19 record would be about 2,709, is creeping into discussions from the likes of Citigroup Inc (NYSE:). and RBC Capital Markets. At the same time, others don’t see things turning nearly that dire.

Here’s what some market observers are saying about the situation:

“Using our forecast for rates, inflation and earnings, and our price-to-earnings model estimate, fair value on the S&P is closer to 2,450,” said Peter Cecchini, chief market strategist at Cantor Fitzgerald LP, in a note Wednesday. That would be a drop of more than 20% from the gauge’s close on Wednesday — and a nearly 28% decline from its record. “Covid-19 could push earnings negative. The offset will be a Fed response, which will favorably impact sentiment. This is the reason our official S&P target of 2,880 remains above our model prediction.”

Citigroup Inc. strategists led by Jeremy Hale cited a lack of clarity on both the virus outbreak and Fed monetary policy in issuing a recent caution. To illustrate where risky assets may become attractive, they pointed to the S&P 500 falling to 2,730, 10% below its 200-day moving average.

“Our best guess is that the drawdown in risky assets has further to go, although after a sizable pullback the short-term risks appear less asymmetric to the downside,” said Goldman Sachs Group Inc (NYSE:). strategists Zach Pandl and Kamakshya Trivedi, in a note Wednesday. “U.S. markets in particular will need to price not only a possible drag on activity from the virus, but election-related risks as well.”

“The market is coming to the realization that any policy response will be insufficient to insulate it against supply-side concerns,” said Seema Shah, chief strategist at Principal Global Investors, in a note Thursday. “While further Fed cuts, and potentially an ECB cut, may be priced in, easier liquidity conditions may be insufficient to prop up equity markets if coronavirus concerns continue to escalate. Monetary policy is not optimized for addressing a shock such as this.”

“Market reaction until now has been overcomplacent, with equity markets reaching record highs as recent as last week. Given these overvaluations and market susceptibility to negative news flow surrounding the outbreak, investors should look to protect their portfolios and resist the urge to buy the dip.”

What Do Stocks Know?

“At a time when investors are worried because the virus is likely to bring global growth to a halt, why would foreign stocks, cyclical stocks, and raw industrial commodity prices be holding up so well?” asked Jim Paulsen, chief investment strategist at Leuthold Group, in a note Wednesday.

“Perhaps, the ongoing stock market collapse will soon correct this odd internal message,” he said. “Or, maybe, stocks are suggesting this event is not signaling a recovery-ending collapse but rather simply a correction that is lowering valuations, checking investor sentiment, reducing the excessive leadership and popularity of the technology sector, and maintaining full-out policy support which could ultimately extend this bull market?”

“Perhaps the question is, ‘what does the stock market know that the bond market doesn’t?’”

“We think Commodity Trading Advisor selling is now over, as 200-day (~3,045), six-month (2,900) and 12-month (2,800) signals are not likely being breached,” according to JPMorgan Chase (NYSE:) & Co.’s Marko Kolanovic in a note Wednesday. “Given the decline of global indices, we think CTA exposure dropped from ~85th percentile last week to ~40th percentile now, and selling will likely stop here.”

“Option hedgers and CTAs are now more likely to buy than sell, and volatility targeters are still selling but at a lower pace, so we think a short term bounce-back is getting likely given month-end flows. Over the next two days, given the significant underperformance of equities vs bonds month to date, there should be buying of stocks and selling of bonds. Our estimates indicate the rebalancing move could produce upside pressure on equities of 1-2%, which could be enough to prompt additional buying from gamma hedgers and CTAs.”

“Even more than usual, a well-diversified portfolio is essential,” said market strategists Karen Ward and Tai Hui of JPMorgan Asset Management in a note Tuesday. “This includes diversification by region but also by asset class. Once again, we see the use of core government bonds in cushioning the value of a portfolio, despite those bonds starting from historically low, and seemingly unattractive, yields.”

“We see a strong case for front-loading easing” from the Federal Reserve, said Steven Englander, head of G-10 FX research and North American macro strategy at Standard Chartered (LON:), in a note Wednesday. “In Fed models, cutting now has more cumulative impact than cutting later. Combined with the issues raised by the zero bound and below-target inflation, we expect the Fed to move quickly to mitigate any zero bound risk that emerges. We think having an ‘itchy trigger finger’ is more likely than ‘keeping the powder dry.’ We expect cuts at the late April and June meetings, but see significant risk of a move in mid-March, if shaky global activity looks poised to affect U.S. growth.”

“More volatility could be expected outside China,” said Prashant Bhayani, chief investment officer for Asia at BNP Paribas (PA:) Wealth Management in Singapore, given warning signals evident during the past few weeks in global equities, such as the concentration for the gains in U.S. stocks in a handful of megacap names. He added that volatility of Chinese equities from here will depend on how the virus spreads as workers return to work in China.