The end of the PPI payout bonanza threatens to knock consumer spending just as the UK teeters on the brink of recession, economists are warning.

Banks will stop accepting claims for mis-sold payment protection insurance in just four days – and the payout deadline could trigger a 0.3 per cent decline in consumer spending, according to Nomura’s chief economist George Buckley.

Analysis by The Mail on Sunday also found thousands of jobs are at risk as many roles created to deal with PPI complaints are no longer required after August 29, further weakening the economic outlook for Britain.

Industry sources said banks have employed around 10,000 workers to deal with compensation claims. 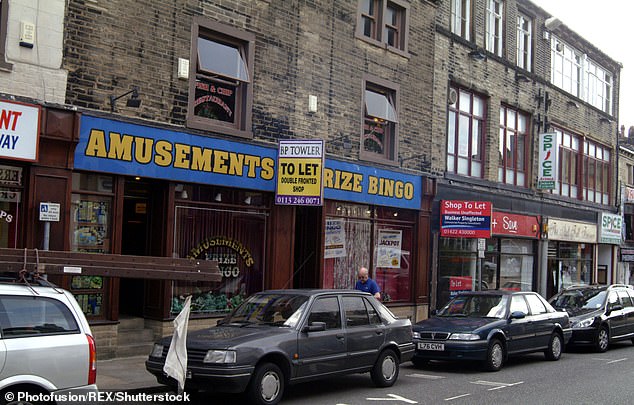 Banks will stop accepting claims for mis-sold payment protection insurance in just four days – and the payout deadline could trigger a 0.3 per cent decline in consumer spending

It is thought that Lloyds alone has around 5,000 contract workers dedicated to the task.

Many of these could go after the claims deadline, while further job losses are expected at the claims firms helping customers seek compensation.

Conversely, the closure of the PPI claims window is likely to boost bank balance sheets, which may herald increased dividends or share buybacks for bank shareholders.

Experts are also predicting a drop in nuisance calls from claims firms as many will struggle to stay afloat without the income they have enjoyed from PPI clients.

Buckley said: ‘We could see a ramping up of PPI compensation applications ahead of the deadline, and then a slow fall as no new claims are submitted.

‘But existing claims take a while to pass through the system. So consumer spending levels could slow by 0.3 per cent, but shared out over a protracted period.’

James Hick, of recruiter Manpower Group, said: ‘The unprecedented era of hiring we saw to deal with PPI and other mis-selling charges has peaked and is fast tailing off. The impact on jobs may go beyond the banks, to sectors such as retail and automotive, which experienced increased sales with more people flush with disposable income.’

Claims management companies have generated £3.7 billion in turnover since 2011. This means they have taken a 10 per cent cut of the £36 billion banks have shelled out in redress.

James Daley, of consumer group Fairer Finance, said: ‘I think the end of PPI will mean the end of the road for a lot of claims management companies.

‘There’s also been an increasing burden of regulation in the sector in recent years. So it will be much harder to sustain a business without the billions of pounds of PPI money swilling about.’

The banks are turning off the taps just as fears grow of a recession next year. An economic downturn could happen sooner if the UK leaves the EU without a deal.

Negar Yazdani, managing director of claims lawyers Black Lion Law, said: ‘We know that many of our clients have spent their settlements on home improvements, cars and holidays.

‘The impact has been enormous and I would expect to see some wider impact on the economy when payments are reduced.’

Ruth Gregory, of Capital Economics, said PPI had a notable impact on incomes in 2012 when bank refunds peaked at £6.3 billion.

PPI was sold to cover customers if they were unable to meet repayments on loans, credit cards or mortgages. In some cases, people were not told the cover had been added to their loan contracts.

In other instances, customers were sold PPI even though they would never have been eligible to claim on the policy.

The regulator estimates up to 64 million PPI policies were sold to 30 million people between 1990 and 2010. It is unclear how many policies were mis-sold.

It has been estimated that payouts and administration costs could total £60 billion for the banks. Ian Gordon, banking analyst at Investec, said shareholders had endured ‘straightforward value-destruction’ for nine years.

But observers have said it may take far longer to regain the public’s trust. David Buik, market analyst at Core Spreads, said: ‘This is supposed to be a service sector and the reputational damage done to the banks has been horrific. I think it could take 20 years for them to get over it.’