A senior director at a London-listed oil and gas company has been accused of accepting an ‘illegal’ £12million payment from a wanted fraudster in a High Court claim.

Mark Martin – the senior independent director at Nostrum Oil and Gas, operating in North-western Kazakhstan close to the Russian border – is described as having over 20 years of investment banking experience with Barclays, Baring Securities and ING.

Nostrum is not otherwise linked to the legal case or accused of any wrongdoing. 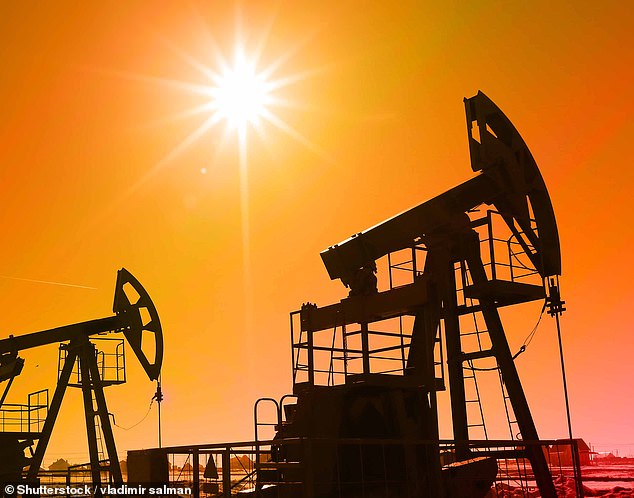 Accusation: It is alleged that Mark Martin accepted the ‘secret’ payment from Maksat Arip

It is alleged that Martin, whilst chief executive of London-listed Exillon Energy, accepted the ‘secret’ payment from Maksat Arip, who has been described as one of Britain’s most brazen fraudsters.

Court papers allege agreements between Cambridge-educated Martin and Arip were ‘dishonest and improper’. The case plunges Martin, 51, into the centre of one of the City’s most extraordinary legal battles in recent years.

It centres on the £250million collapse of Arip’s giant recycling and packaging firm Kazakhstan Kagazy, which was also listed on the London Stock Exchange.

The conglomerate’s collapse and subsequent de-listing in 2016 saw many British investors suffer substantial losses. A subsequent probe revealed Arip and his business partner had defrauded the company.

Since then there has been a forensic investigation to trace assets salted away by Arip. According to court papers revealed last October in The Mail on Sunday, he owns a Swiss mansion, a Kensington mansion and a fleet of luxury cars. The scale of the looting only became public late last year. The documents revealed that Arip’s wife, who is not accused of defrauding the company, claimed her average monthly living expenses were nearly £220,000.

In the latest twist, High Court papers claim Martin was given shares worth over £10million at the time and a £650,000 salary to join Isle of Man-registered Exillon in 2011. But documents allege ‘shortly prior to this Mr Martin had entered into a secret agreement with Arip, under which Arip was to pay a minimum of $15million [£12million] to Mr Martin’. The court papers allege: ‘Martin, as CEO of Exillon, had authorised a number of substantial payments to a company called Verlass Management Services…Verlass was controlled, directly or indirectly, by Arip; and Mr Martin knew, or shut his eyes to the obvious fact, or ought to have known, that Arip was profiting at Exillon’s expense.’

Arip, who owned 30 per cent of Exillon’s shares, subsequently sold off a substantial tranche.

But by 2014, Exillon had seen the value of its shares plunge by two thirds amid boardroom controversy and shareholder unrest. Martin left the company after a boardroom coup in March 2014. But, according to the claim, just a month earlier Arip handed over the money.

Investigators, according to High Court papers, allege Exillon and its directors were ‘in ignorance’ of the £12million payments. Further Martin ‘was at all times on notice of the facts that meant the (payment) represented the… proceeds of sums of which the Claimants had been defrauded’. The claim states: ‘Mr Martin did not receive the (payment) in good faith’ which were ‘secret and confidential… to hide and disguise them’ from Exillon.

Martin denies the claims. A spokeswoman added: ‘The Claimant’s claims against Mr Martin are being defended and are subject to ongoing litigation in the Commercial Court.

Montego, Maestro and Metro are the 1980s Austin cars on the brink of extinction