English pubs poured their first pints since mid-March on Saturday morning, some as early as 6am, after laws allowing them to open their doors came into effect.

While the vast majority of pubs do not have a licence to serve at the crack of dawn, several welcomed customers for a breakfast-time drink, after more than three months standing empty.

At the Moon Under Water in Colindale, north-west London, drinkers began filtering in shortly after the doors opened at 8am, ordering beers and breakfasts.

On arrival, they were asked to fill out an NHS test and trace form giving their name, phone number and the length of their stay. Markers on the floor indicated where to stand, while Perspex screens had been installed at the tills to protect staff and customers. Hand sanitiser dispensers had also been installed in several places.

Patrons at the Wetherspoons pub were encouraged to use the chain’s app to buy drinks and food but could still order at the bar the old-fashioned way.

Stephen Barrie, 56, a semi-retired binman, nursed the pub’s first pint of the day, a Bud Light poured shortly after 8am. “I thought there’d be a queue but I was the first in the door,” he said. During the pandemic, he bought beer at the supermarket but said “it wasn’t the same”.

He added: “I missed very much having a drink with friends and the camaraderie. I don’t even know who might have passed away [during lockdown], for instance.”

Krzystof Stankiewicz, 40, a minicab driver, came in at the end of a night shift. “I’ve been waiting for this for three months,” he said. “This situation with coronavirus, all days have been the same, Monday like Sunday, Thursday like Friday.

“I listened on the radio and heard this pub was open. I live in Colindale and it’s my favourite pub. I’ll have a beer, go to sleep, then wake up and go to work this evening.”

Joe Fay, 20 and Sean Scanlon, 20, both work in the building trade. They took a table at the back of the pub, where perspex screens divided the tables. “It’s Tim Wetherspoons [founder chairman Tim Martin], so you knew this pub would be open as soon as it could be.”

Neither of them are too worried about catching coronavirus in the pub. “It’s everywhere and you can’t stop everything,” said Joe. “There’s no vaccine and there’s not going to be for years so what’s the point? You have to support local businesses and we’ll go to some smaller pubs later on. It’s going to be a bit of a crawl.

“The rest of our mates aren’t up yet but they’ll be coming out later. We’ve been missing this for four months.”

While the law permitted pubs to open from 6am, very few have a licence to do so.

One of the few that does is the Sportsman in Whitworth, near Rochdale, which can lay a claim to having served the first indoor post-lockdown pint in the country.

“I would have opened at 12.01am but Boris changed his mind,” said landlord Steve Butterworth.

“We had plenty of people in and it was all done properly, with social distancing.”

The 6am timing was designed to thwart plans by some pubs to open at 12.01am for late-night drinking sessions lasting into the small hours.

Brewery and pub chain Brewdog had planned an invitation-only event at several of its venues, starting at midnight, but had to cancel it at the last minute after the government confirmed the law easing lockdown restrictions would not take effect until the morning. 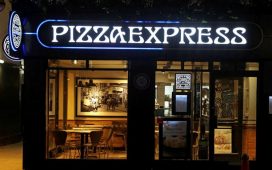