The news comes as Enterprise plans to open their 25th branch in Lexington in February, as well as their 26th branch in North Andover later this summer, according to a company press release.

In the release, Enterprise CEO Jack Clancy attributed the annual-earnings increase to “a solid loan and customer deposit growth and the continuation of positive credit metrics.”

“We operate with a long-term mindset that is focused on growing organically and supporting growth by continually investing in our people, products, services, technology, digital transformation, and both new and existing branches,” Clancy said.

In Novemer, the company was ranked No. 1 in the Boston Globe‘s Top Places to Work list among large-sized companies in the state. It is the company’s eighth consecutive year on the list, according to Enterprise Founder and Chairman George Duncan.

“I want to personally thank and commend our entire dedicated team for their continual efforts to foster an employee-centric culture whose foundation is based on respect, trust, caring, personal accountability and excellence,” Duncan said in the release. “We believe these values and behaviors lead to positive morale, lower turnover and recruiting advantages and ultimately translate to memorable customer experiences, active community involvement, strong growth and strong shareholder returns.”

The company has reported 121 consecutive profitable quarters dating back to 1990.

Aspocomp Group Oyj’s (HEL:ACG1V) Earnings Are Growing But Is There More To The Story? – Simply Wall St 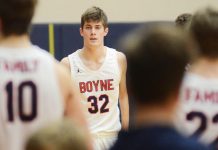