Epic Games vs Apple Inc.: Why Apple may win this legal skirmish but lose the war – WRAL Tech Wire

RALEIGH – I have represented technology and computer games companies for several decades.  So, like most people in the industry, I’m closely watching while the courts decide the fates of thousands of app developers and tens of millions of consumers around the world.

The next round in that battle will play out this week in the U. S. District Court for the Northern District of California in the case Epic Games vs Apple, Inc.  Epic Games also has a similar lawsuit against Google, but I’ll focus on the Apple law suit.

Since its early days as a pioneering start-up that ended Microsoft’s and IBM’s monopolies, Apple Inc. has transformed itself into a worldwide money maker with its own monopoly pricing that dictates terms and conditions to thousands of app developers around the world who want access to the millions of high end customers who use apple devices and software. 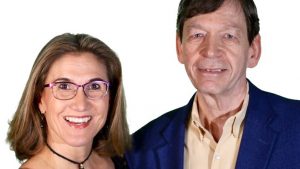 If you are a consumer that owns an Apple device, in addition to over paying for the device you use, Apple Inc. owns you, because you are locked into Apple’s proprietary iOS operating system that runs all of Apple’s mobile devices.  Since Apple has the only key to that operating system door, Apple sells access to you and all other Apple device owners to thousands of app developers around the world.

All Apple asks for opening the door is 30% of the revenue the app developers generate from sales to Apple customers.  Google charges the same 30% for apps downloaded into devices that utilize its Android operating system.

Why would an App developer choose to give up 30% of its revenue?  Because Apple and Google design their products so that apps can be downloaded onto their devices only if the app is downloaded through their respective App Stores.

Epic Games vs. Apple: Why this big lawsuit is important to all emerging companies – and us

That’s a lot of money the app developers are giving up for sales made through Apple’s app store.  But it get worse.  Maybe a developer wants to sell some products through Apple’s app store to make an initial sale to Apple customers.  But Apple also requires developers to pay Apple for so called “in-app” sales of products the developers do not want to sell through its app store.  For example, upgrades and access to specific tools and features that make computer games more enjoyable.  Apple claims that this requirement to sell through its app store is to minimize security issues.  Maybe that’s fair.  Maybe consumers want that security.  But did anyone ever ask you as a consumer whether you wanted to pay for that security?  I thought not.  It’s a rule Apple imposes without asking either consumers or developers.

On August 13, 2020 Epic Games updated its Fortnite product to reduce the price of the V-Bucks the consumers use to purchase in-app upgrades by 20% if consumers purchased V-Bucks directly from Epic instead of from Apple or Google.  Both Apple and Google immediately retaliated by removing Fortnite from their app stores.

Apple also removed another unrelated Epic product called Unreal Engines, a software engine used by many games and movie companies to develop entertainment from its app store to punish Fortnite.

Epic Games then sued both Apple and Google for antitrust violations.

Is Epic Games all alone?  Yes and no.  Epic one of the few companies willing to spend money in court to battle the giants Apple and Google, but there is broad support for Epic in the app community.  The Coalition for App Fairness (www.Appfairness.org) describes the grievances or many developers against app store extortion.

So, why should you care about this if you aren’t an app developer?

Apple is making a lot of money by diverting revenue from app developers.  In effect Apple profits from the work of other businesses.  Back at the beginning of antitrust law over a century ago, the Standard Oil company was able to force railroads to agree to pay Standard Oil a rebate from the money Standard Oil’s competitors paid the railroads to ship oil.  That’s a pretty neat business – profiting each time a competitor incurs an expense without providing any service.

Does the Standard Oil rebate requirement sound like operating an app store and then banning businesses that don’t agree to sell all their products through your app store?

Antitrust laws focus on protecting consumers from monopoly pricing. Just showing harm to your business often isn’t enough to prove an antitrust violation. The oil companies competing with Standard Oil had to raise their prices to cover rebate costs.  That enabled standard oil to raise its prices. That is what damaged consumers.

So, Epic set about trying to prove its point that Apple is over charging consumers by starting to sell in-app products to consumers through Epic’s own app store at a 20% discount to the price Apple charges.  Apple did not like the price competition and so cut off Fortnite.

Epic wants to show that consumers are suffering because of collusion between different parts of Apple.  Apple argues that it has absolute discretion to stop selling any product of any competitor at any time.

I’m not an antitrust expert, but most experts think Epic has an uphill battle with respect to Apple being able to remove Fortnite and other computer games from its app store.  The experts are more divided about whether Apple can also prohibit the distribution of upgrades to Unreal Engines to punish Epic for price competition on its Fortnite product.  Because many other computer games and other businesses depend on Unreal Engines, they will be damaged by Apple’s actions.  That brings more allies into the anti-Apple alliance.

So, if antitrust laws don’t afford consumers protection against Apple’s predatory pricing, are there other tools?  I think there are.

Will consumers stop buying Apple products?  Ultimately, this is the most potent weapon.  Apple gained its monopoly by convincing software and app developers to develop products that consumers can use on Apple’s platform.  Your smart phone will be a lot dumber if the coalition of developers instead use other platforms.  That’s why it’s significant that developers are banding together to fight Apple and Google.  If they can convince consumers that they are missing out on valuable products because they are owned by Apple and Google, consumers may rebel and open the door to other sellers of devices with more open operating systems.

In Apple vs Pepper, consumers have already sued Apple over issues related Apple fixing prices for apps.  The U S Supreme Court decided in May 2019 that the class action lawsuit could proceed after Apple moved to dismiss the suit.  Will hundreds of other consumer law suits follow?  Will law firms continue to bring class action lawsuits on behalf of consumers?

When you bought your iPhone, did Apple tell you that Apple would own you and use that ownership to make you pay more for all apps during the life of your phone?  I suspect not.  Maybe states will require Apple to clearly explain its ownership of consumers and the economic consequences every time someone buys an Apple product

Most states have unfair trade practice laws that go beyond Federal antitrust laws in regulating toxic business practices meant to harm other businesses.  These laws often impose triple damages for violations.  Will judges interpret these laws to cover Apple’s practices?  If judges won’t, will state legislatures amend such laws to cover taxic practices by Apple, Google and other members of the BIG TECH club?

The European Union has been aggressive in fighting policies by Apple and others tht hurt European businesses.

The Biggest Threat to Apple

I note that Apple has a long history of aggressive legal actions – especially in patent litigation.  Google, on the other hand, has taken a less aggressive approach in defending against Epic Games.  Google may seek to reach a settlement with Epic.  Of course, Google is a more diversified company than Apple and has less to lose if it compromises with developers over app store access and pricing issues.

A business alliance between Google and a broad coalition of major app developers might be the thing that brings Apple to its knees.

Stay tuned for further developments in the coming story about the world battling monopolistic practices by BIG TECH. 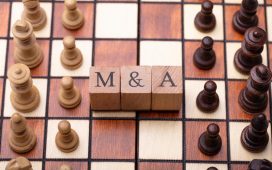