The ExoMars rover has been constructed in the UK and is now on its way to France for testing in an environment that mimics the conditions on the Red Planet. The last of the rover’s scientific instruments were fitted over the past few weeks. Some of the finishing touches include the ‘eyes’ of the rover — high-resolution cameras that will provide panoramic and close-up images of the terrain ExoMars will explore once on Mars in 2021.

The mission’s primary goal is to determine if there has ever been life on Mars. Also on the agenda is a mission to better understand the history of water on the planet, the European Space Agency has said. ExoMars will look at locations of interest on Mars for its scientific tools and drill to pick up samples underground in its quest to solve these riddles.

ESA’s ExoMars rover (foreground) and Russia’s stationary surface science platform (background) are scheduled for launch in July 2020, arriving at Mars in March 2021. The Trace Gas Orbiter, which has been orbiting Mars since October 2016, will act as a relay station for the mission and will conduct its own science missions. Image credit: ESA

ExoMars, after 18 months of activities in Stevenage, has been sealed up and shipped off from the UK and is now on its way to Airbus Toulouse in France. Here, it is expected to undergo four months of intense testing to ensure it is fit for the mission and for survival in the harsh  Martian environment.

“Completing the build of the Rosalind Franklin rover under the strict cleanliness requirements, with all the science instruments onboard, is a major milestone of our ExoMars programme. It is thanks to the dedication of all the teams involved that we are able to celebrate this moment today,” David Parker, ESA’s Director of Human and Robotic Exploration, said in a statement. “We’re looking forward to completing the final rounds of tests before the rover is declared flight-ready and closed inside the landing platform and descent module that will deliver it safely to the surface of Mars.”

In tandem, the spacecraft composite — carrier module, descent module, science platform, replica rover and all — will undergo environmental testing to confirm it is ready to endure the harsh space environment on its 8-month journey to Mars. The ExoMars mission is pegged for launch in under a year from now (26 July–13 August 2020) aboard a Russian Proton-M launcher.

The rover is expected to arrive at Mars in March 2021. 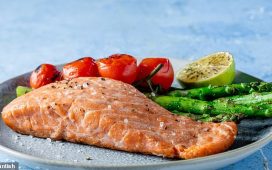 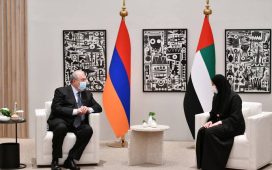 Bajaj Finance, Tech Mahindra, HFCL and more: Top stocks to watch out for on Jan 18 – CNBCTV18 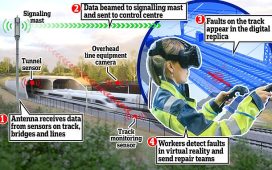