Ethanol producers to electric car makers: We're greener than you are – Successful Farming


With automakers shifting toward the production of electric cars and trucks, the ethanol industry said on Wednesday that biofuels will be an important tool against global warming, and arguably create less pollution than battery-powered vehicles. The comparison was based on life-cycle costs for the power sources, starting at power stations for electricity and cornfields for ethanol.

“The upstream emissions associated with electricity generation and battery manufacturing are often overlooked, giving the false impression that electric vehicles are zero-emission vehicles,” said Geoff Cooper of the Renewable Fuels Association, a trade group. “These overlooked emissions can be quite significant.”

An RFA analysis showed that a pickup truck using fuel that is 85% ethanol and 15% gasoline would generate far fewer greenhouse gas emissions over its lifetime than the same-size pickup truck “running on fossil-generated electricity,” said Cooper at a House Agriculture Committee hearing on the implications of electric vehicles on rural America.

While the Agriculture Committee has no direct role in transportation or environmental policy, as much as 40% of U.S. corn production, equivalent to the output of 34 million of the 85 million acres harvested for corn last year, is used to make ethanol and co-products. Ethanol demand — and the market for corn — could shrink if electric vehicles, now comparatively uncommon, become common. Some lawmakers also worry that electric vehicles cannot travel far enough without needing to recharge batteries to be practical in rural areas.

At the hearing, Rep. Abigail Spanberger announced a bipartisan bill to modify the USDA’s cost-sharing Rural Energy for America Program to include the installation of charging stations for electric vehicles, including pickup trucks, combines, and farm tractors. “We need to prevent rural America from getting left behind in the conversation,” the Virginia Democrat said in a statement. “Electric vehicles of the future are not just for cities — they also stand to deliver major benefits to farms, agribusinesses, and rural communities in Virginia and across the country.”

President Biden has set a goal of halving U.S. greenhouse gas emissions by 2030, compared with 2005 levels, on the way to reaching net zero emissions economy-wide by 2050. Electric vehicles figure prominently in the plan as a way to reduce tailpipe emissions. “The future of ground transportation is electrification,” said David Strickland of General Motors, which unveiled an electric pickup truck last week.

“We believe any future decarbonization policy should take a technology-neutral, performance-based approach that focuses strictly on greenhouse emission reduction and increasing fuel efficiency without dictating the use of specific fuels and vehicles to achieve those reductions,” said the RFA’s Cooper. At the current adoption rate of electric vehicles, he said, ethanol will be a clean-burning option for motor vehicles for years to come.

For a year or more, the RFA has promoted ethanol, originally touted as a homegrown alternative to imported oil, as the climate-friendly fuel of the future. It advocates adoption of a low-carbon fuel standard — an opening for ethanol — and production of flex-fuel vehicles that can burn higher blends of ethanol than the 10% blend that is now standard.

Also at the hearing, a representative of the National Association of Convenience Stores said charging stations will not become common unless the stores can sell electricity at competitive rates. At present, they must pay “very high demand charges” to utilities for the electricity, the group said.

To watch a video of the hearing, click here.

To read the written testimony of witnesses, click here. 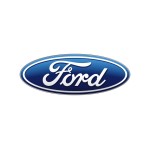